Looks like I might have an additional project. This time involving electricity, or maybe just the cables.

While working on using jumper cables to power the boat from my truck, the knob for the battery switch came loose. I tried using a screw driver to get the knob off so I could see if there was a way to tighten it but the screw didn't move. I actually ended up stripping the head of the screw. So now, I have a switch that seems to be stuck in the Battery 1 position and the knob itself moves freely.

The knob isn't supposed to be pointed in this direction. 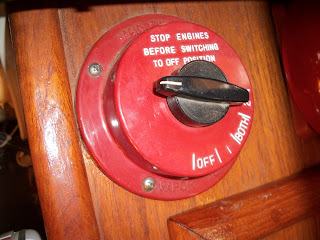 Probably a good thing the knob on this broke while I'm working on it and not while out cruising around somewhere. I took the switch off to get a closer look at it.

The backside was pretty well cracked. 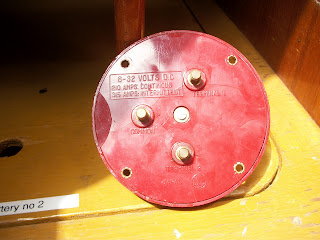 To me, it didn't look good. I think these things are supposed to be sealed from weather to keep from getting corroded. I took a screwdriver to get into one of the cracks and pried it open.

As you can see here, the contacts look ok and the grease is still free flowing. The only thing is the two posts on either side from the center. 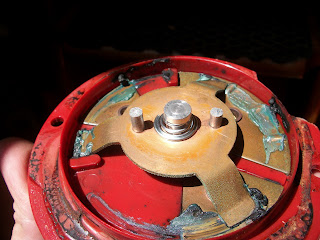 These two posts were clean broken from the knob on the other end. 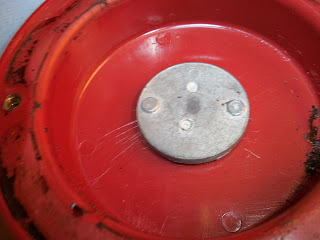 If these posts were still holding on, I would not have been able to separate the two halves very easily. A replacement battery switch should be arriving soon then I can update again the new install.﻿
﻿
﻿
Posted by Dan at 6:03 PM