Who am I and how did I get here? 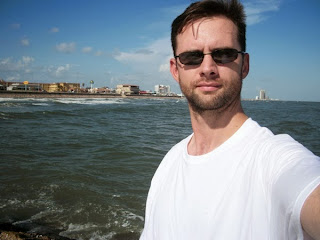 I've never been really fond of talking about myself but thought I would share a bit about who I am.


My name is Daniel. I was born in Germany while my dad was assigned there with the military. Now, I am in the military with maybe a couple years left to retirement. I'm 38 and even now have never lived anywhere for more than a few years.


While I was in high school, my dad was assigned to Kwajalein Atoll in the Marshall Islands. I got into amateur radio and my parents got into golf. I enjoyed playing with radios and talking to people all over the world while in the Marshall Islands. Some people had their own boats there at the little yacht club. My parents had friends there who had a sailboat. I don't know what kind it was or how big. One day, we went on a trip around the atoll for a day trip. I had fun on it. I didn't think much of it at the time but I had daydreams of cruising around the Mediterranean.


Joining the military and real life set in and I lost any thought of boats. I continued to play with the amateur radio equipment along the way. Eventually joining radio groups involved with public service in case of emergencies and at one time joining the Military Auxiliary Radio System (MARS). During my military service, I have deployed multiple times around the world.


During an R&R trip from one of these deployments, I found myself in Texas. While driving from Houston to Galveston (where the picture above is from), I saw a billboard advertising a boat show that same weekend. I figured, what the heck, I'll go take a look. That's when the sailing bug bit me. I thought it over and decided to take sailing lessons. I bought a book, studied, then signed up for ASA101 lessons with South Coast Sailing Adventures in Kemah, Texas. I was stationed in Germany at the time so after the deployment in 2011, I took ASA101 and I had a great time. The following year, in 2012, I was reassigned to Tennessee. During the transition, I found out about another boat show in Texas and decided to attend. The place I did my lessons had a booth and were offering a free 1 hour ride on their training boats. I went along on a ride and thought, "yeah, this is fun, I want to find my own boat".


As it turned out, of the boat models I was researching while I was in Germany, an owner of one kind I was considering was moving their boat from Arizona to Tennessee the same time I was moving back to the US. I was planning a trip to the East Coast to look at a few boats, like Cape Dory 27s, but thought I would look at the one in Tennessee first as that was top of the list. When I looked at this boat, I saw some work was needed. Most of the initial cleaning that was needed was due to bees that infested the boat while it was stored in Arizona with the previous owner. Everything else looked pretty good I did come up with a budget for buying my first boat but when I saw the Nor'sea 27, I decided to go for it and ended up spending twice what I had planned. Now, Rhapsody as been mine since April 2012 and I have had fun working on it getting it ready to go sailing.


Something about being on the boat just feels good. I looked into RVs, campers, tiny houses, but the boat just felt right. She's seaworthy and a comfortable place to spend some time.


My first sailing grounds was at Kentucky Lake and Lake Barkley and the marina I had Rhapsody at for one year was Green Turtle Bay Marina in Grand Rivers, KY at the North end of Land Between the Lakes. I spent more time working on the boat, even the short time I had it in the water. I ended up sailing three times (out of four attempts).


Now, I have my boat sitting at Rockhold Creek Marina in Deale, Maryland. She's getting some much needed work. No plans as to when it will be ready to sail again at this time. With what I know now of this boat, having it in the water in Kentucky was not a good idea. I'm trying to take care of what I can to make sure she's ready to go another 30+ years.


I intended this to be a sailing blog, not so much of a refit blog. I want to be able to someday share the adventures on the water, random thoughts on life, and yes, more of the projects as time goes by. So if you're following this blog or thinking about it, please be patient. It's not going to be all about work all the time. I look out into the water at other boats sailing by, I hear/read the stories of what people have done in the past and plan to do in the future and that motivates me to get to work on mine so I can get out there and join everyone.


Thanks for stopping by.
~Daniel