A trip to the boat turned out to be a good day. I finished some work on the vent. I took the tape I had around the vent off and cleaned up a bit of the bedding that had squeezed out. I used some wood plugs and filled the screw holes. Two of the holes were deep enough I was able to put them in easy enough and two others needed to be cut down. I put a couple coats of varnish on it too. Toward the end of the day, it had rained so the water beaded up nicely. I plan to apply more coats but this is a good start to protect the wood. 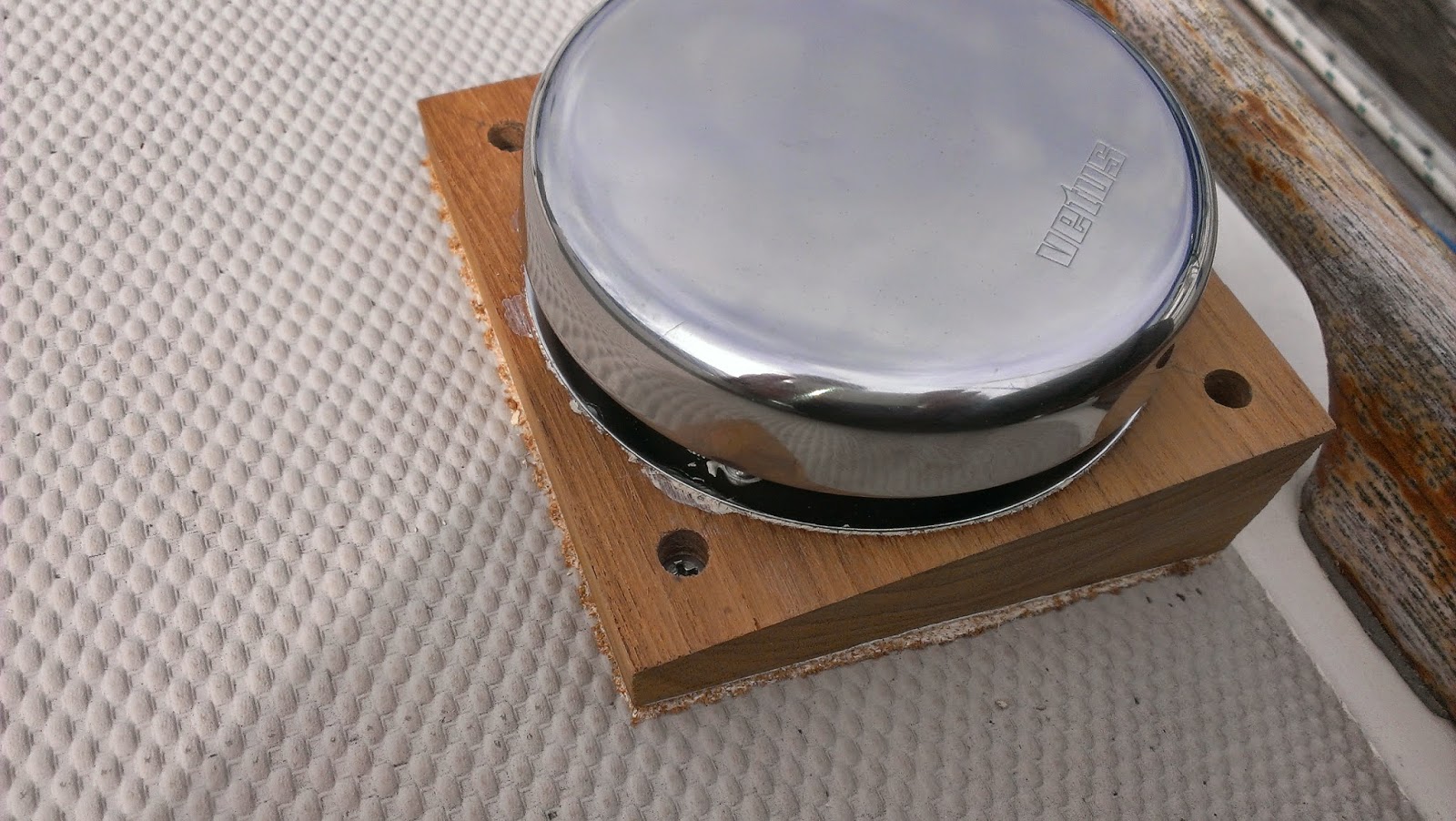 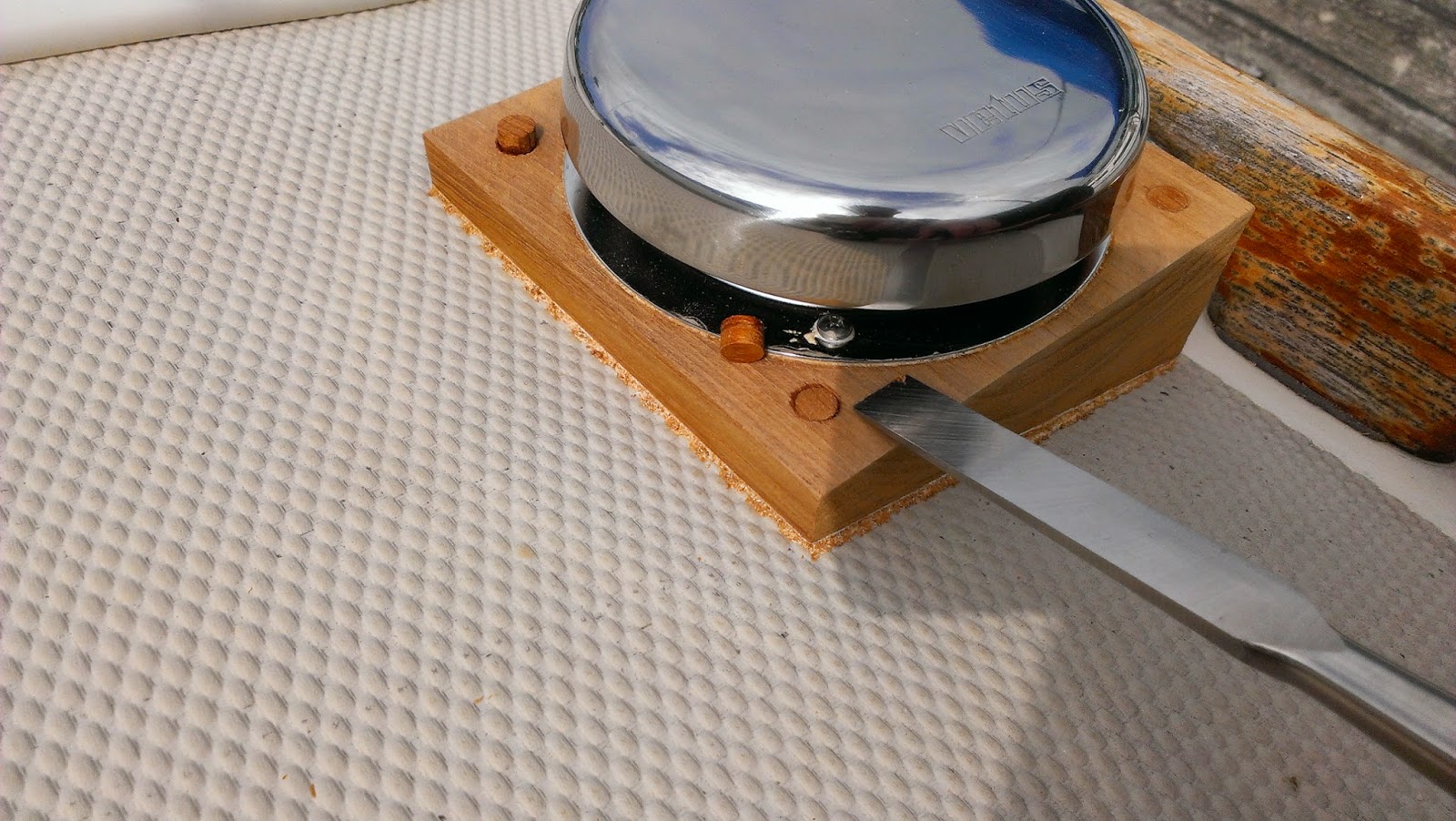 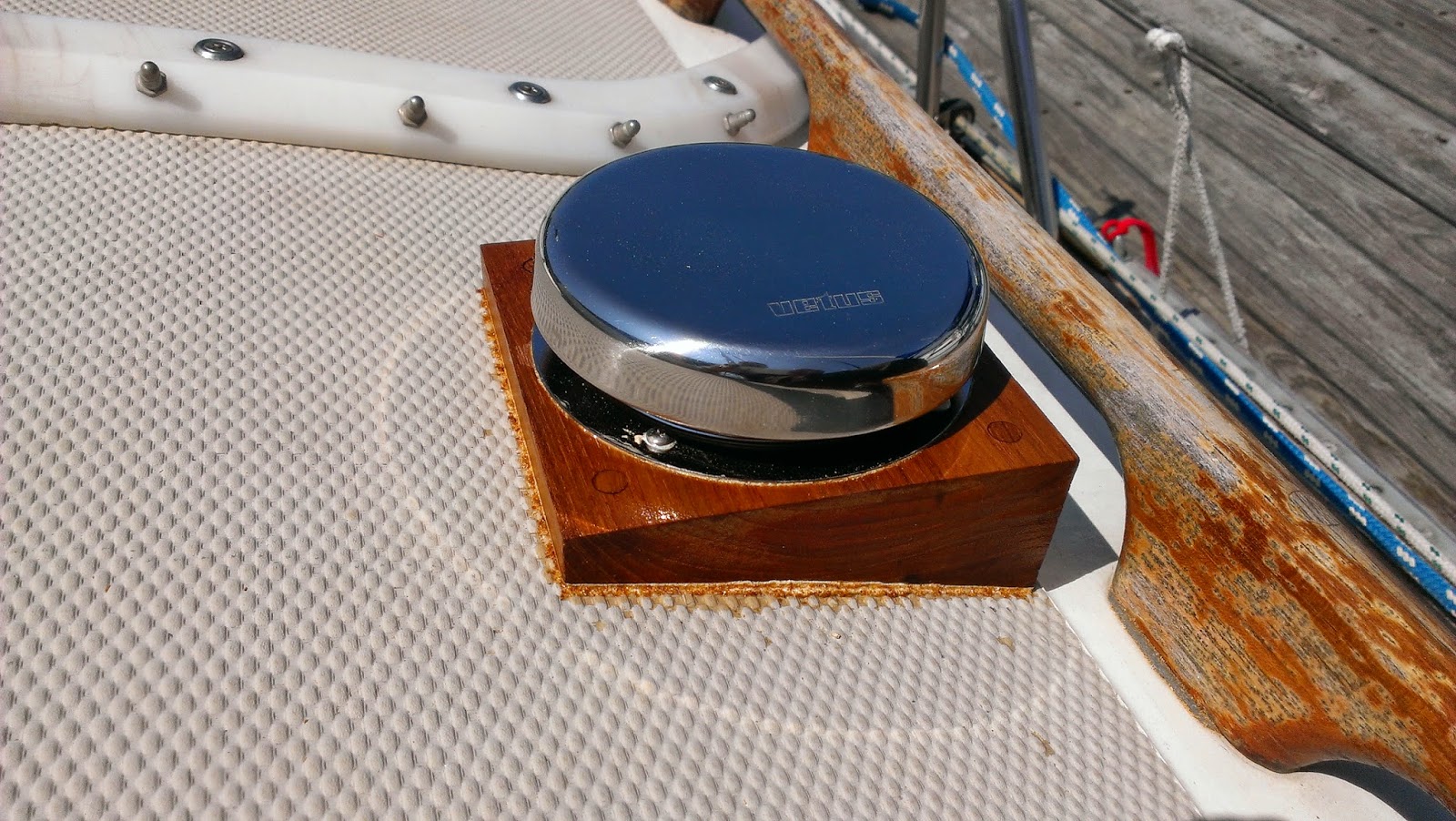 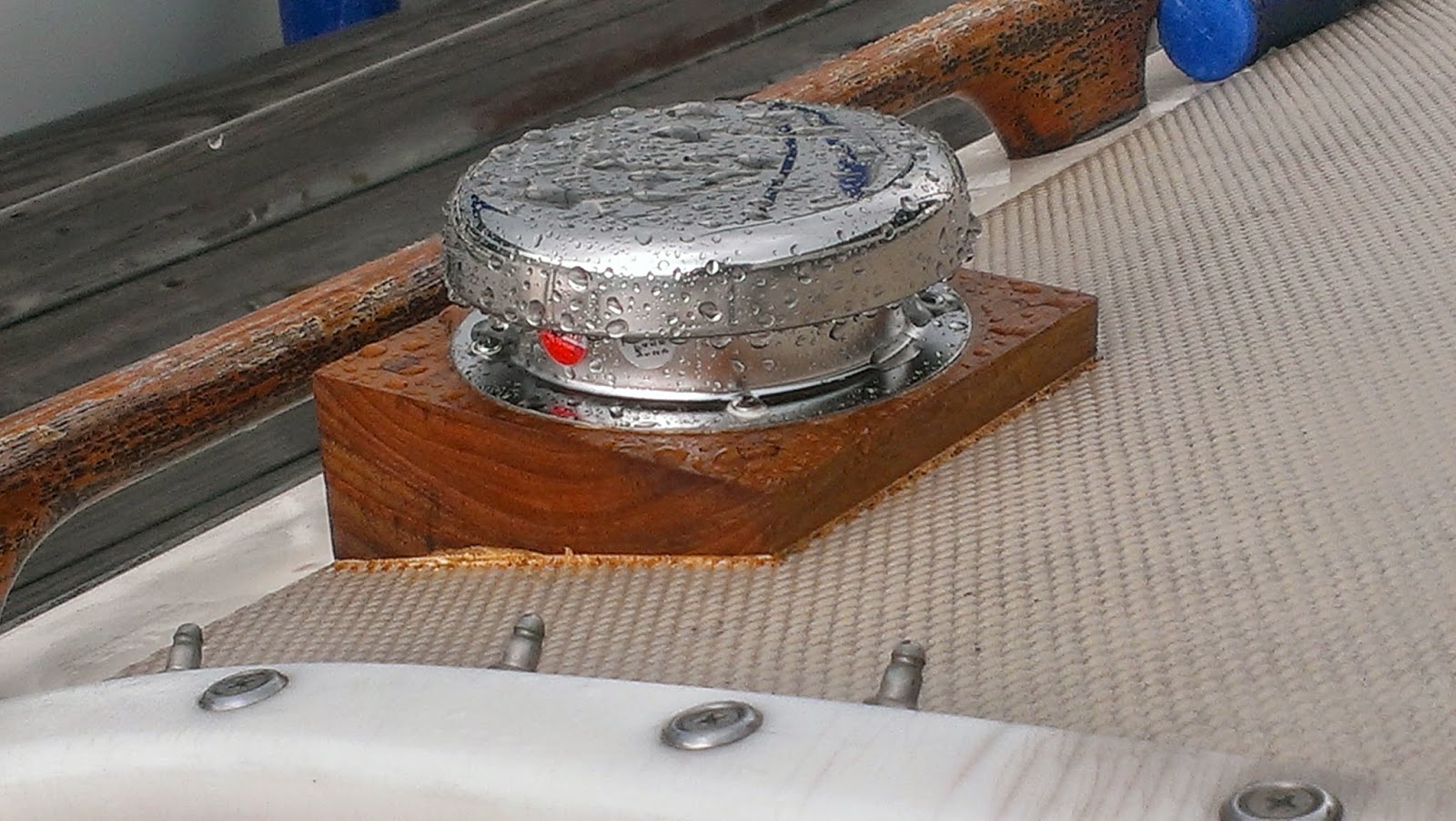 Most of the exterior wood has turned grey. There's still some old varnish still flaking off. Some time, I'd like to finish the rest of the exterior wood. I had a bottle of Teak Cleaner so I wanted to see how it would work on the grey wood. I started off with a test spot but then spread over most of the port side. I like that it turned out well. It might work well in getting it refinished. 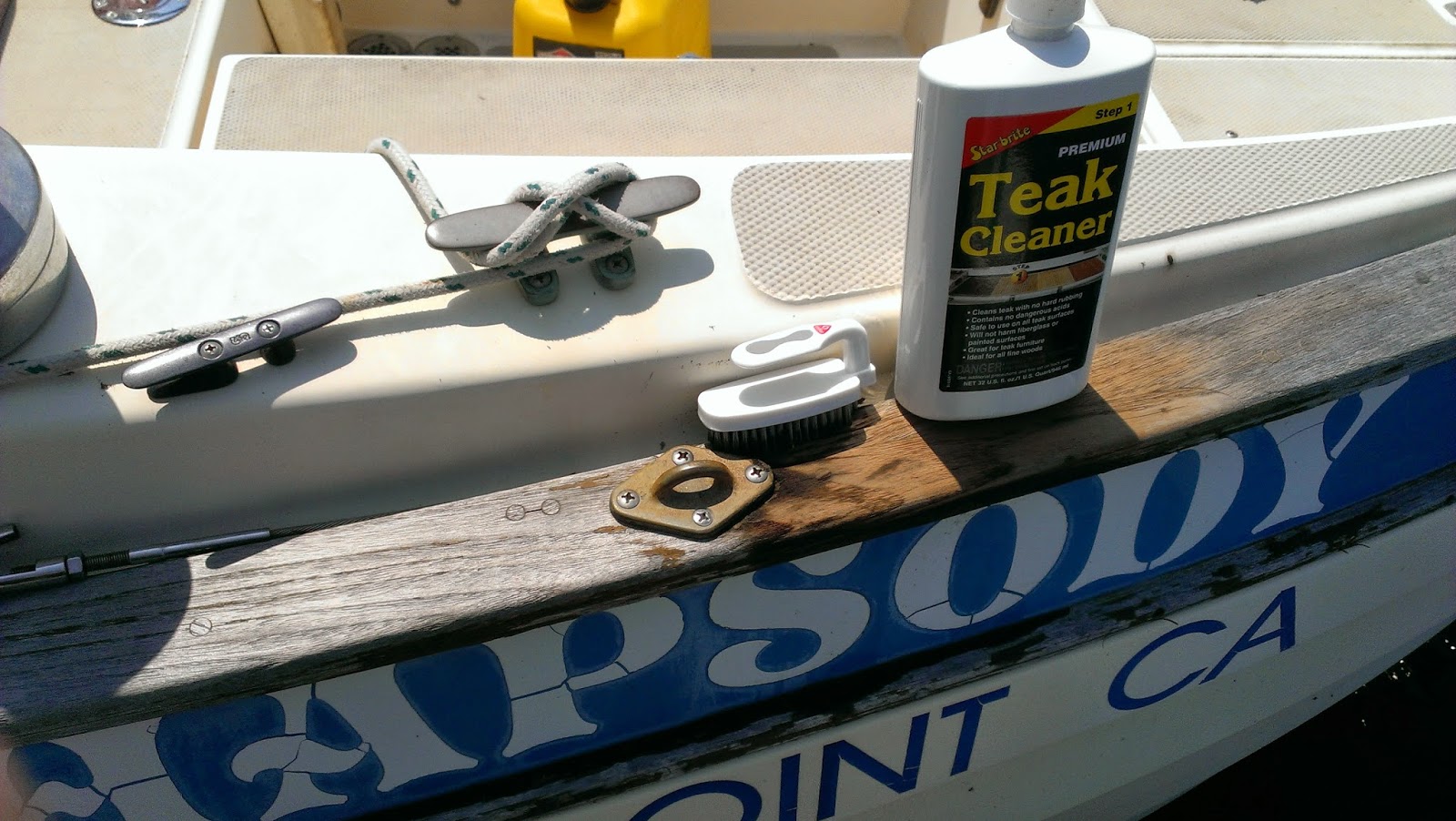 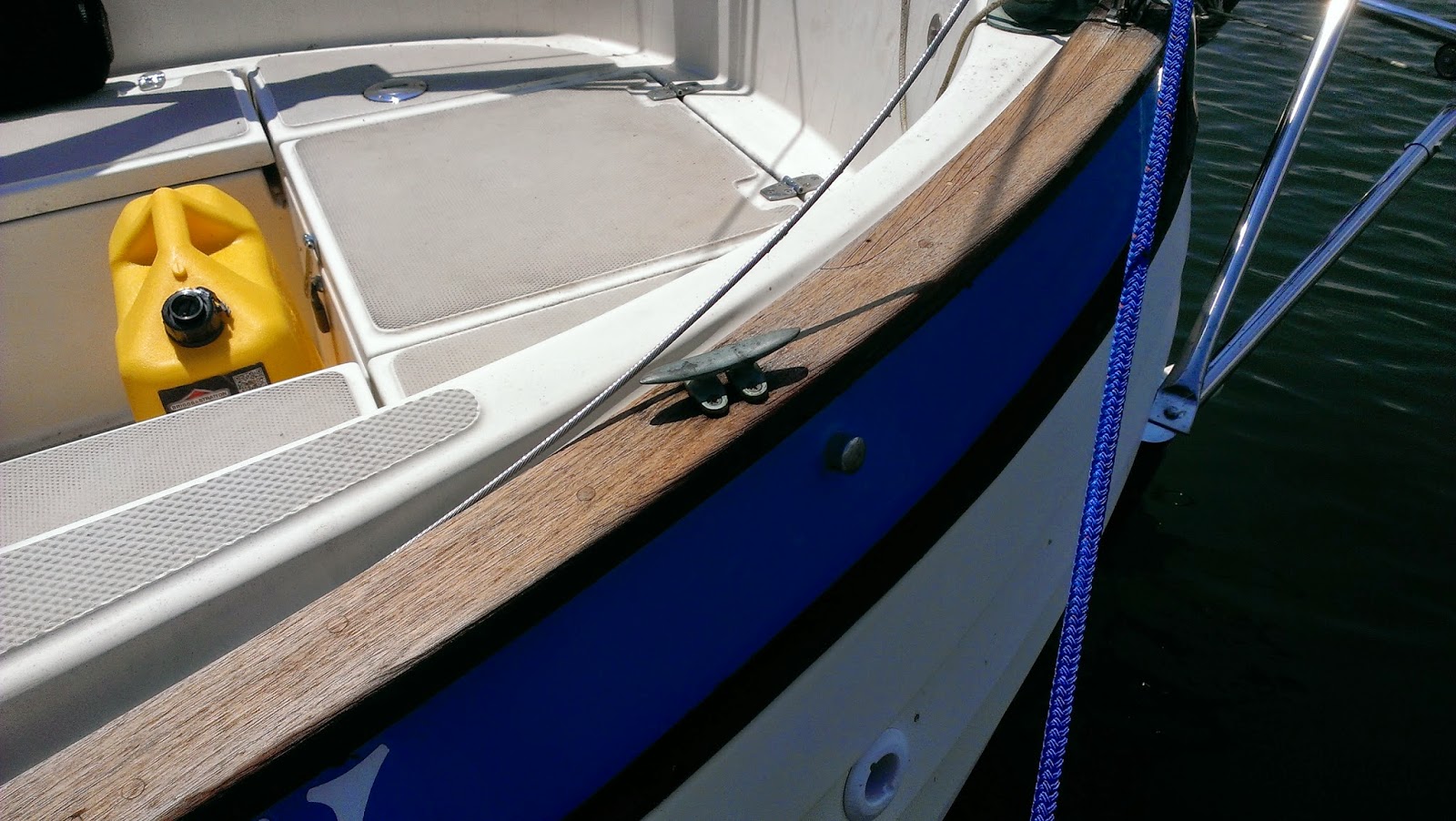 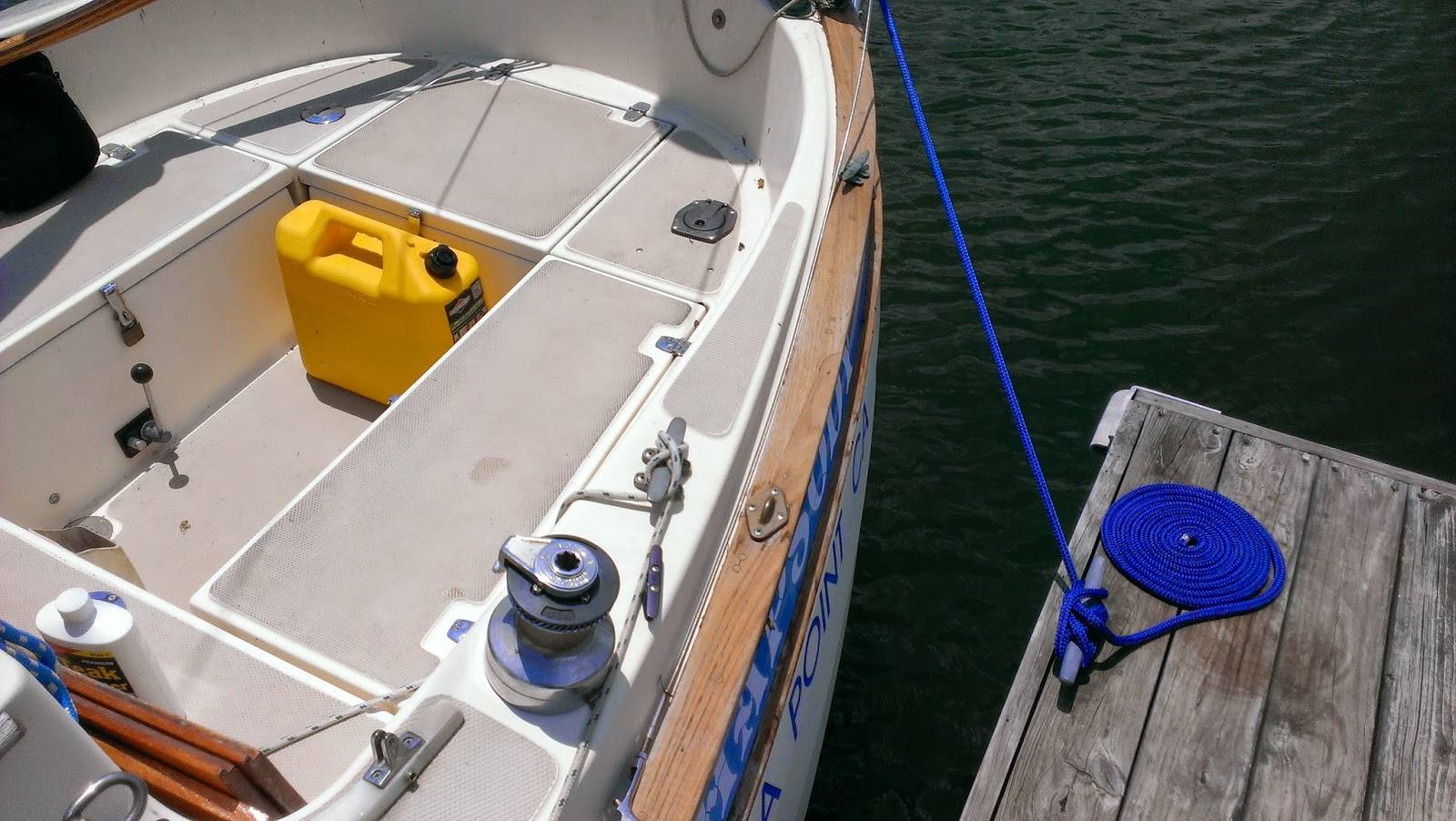 I want to get the Airhead ready to use. Then I can go for a weekend sail and stay anchored out. I took one of the two coir bricks and added water while in a 5 gallon bucket. I broke it apart as it absorbed the water. The brick ended up expanding to fill half of the 5gal bucket. I didn't put any of it in the toilet but left it so it will be ready to go. Now, the only thing I really need to do is to wire up the fan for ventilation and it's ready to go. I might do something for a temporary setup until I can set it up better but I'll have to see what I'm able to find. 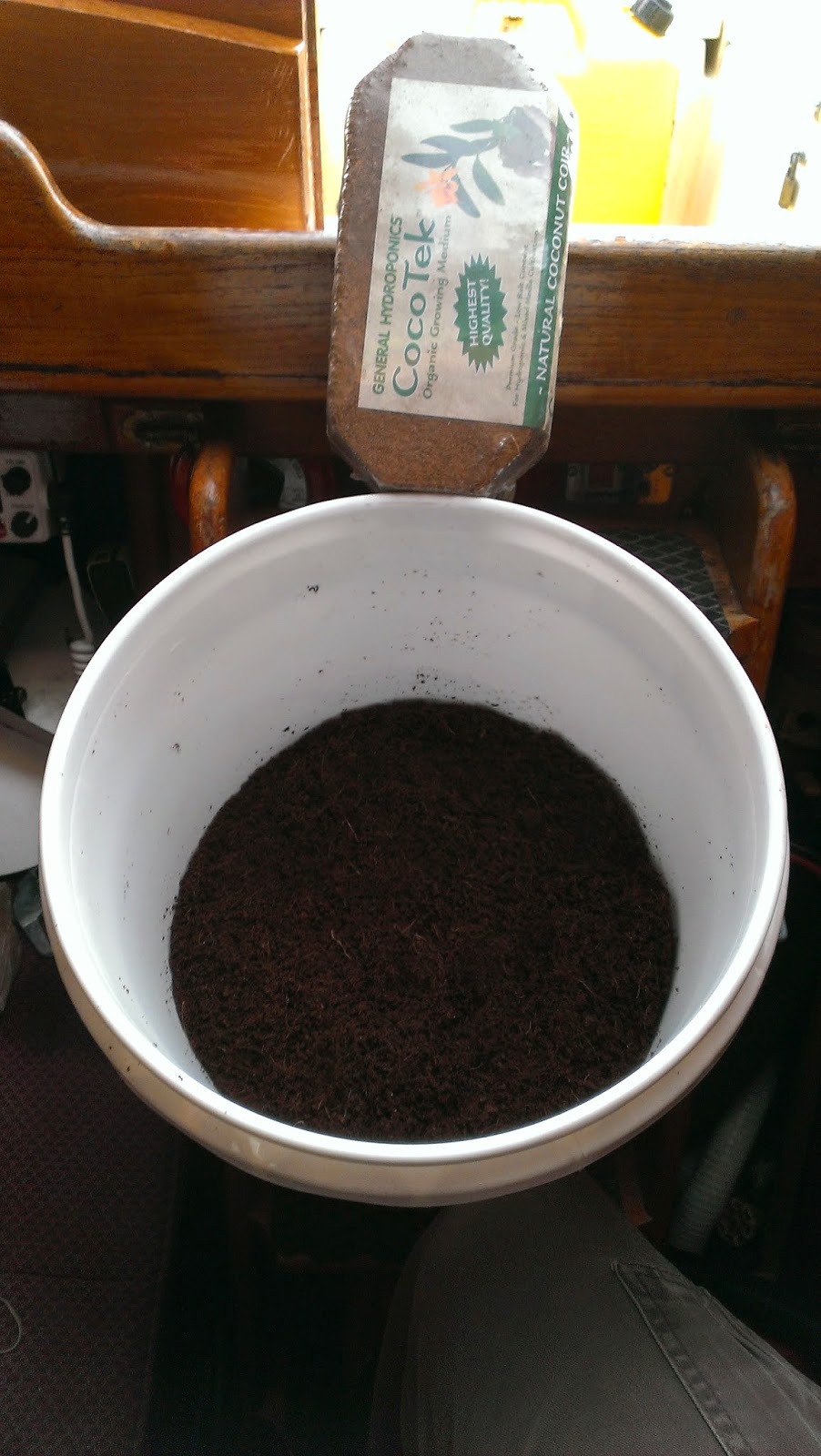 At one point, I was adding the second coat of varnish around the vent. One of my dock neighbors who was around decided to check out how everything looked and got to talking. I set down the cup of varnish and next thing I knew, I saw it had spilled over onto the deck. Not too crazy about it so now I need to find a way to get it off. I've already been suggested to try a heat gun and/or acetone or some other solvent. Hopefully I can get it cleaned up and looking nice again soon.
Just goes to show you not everything turns out great. 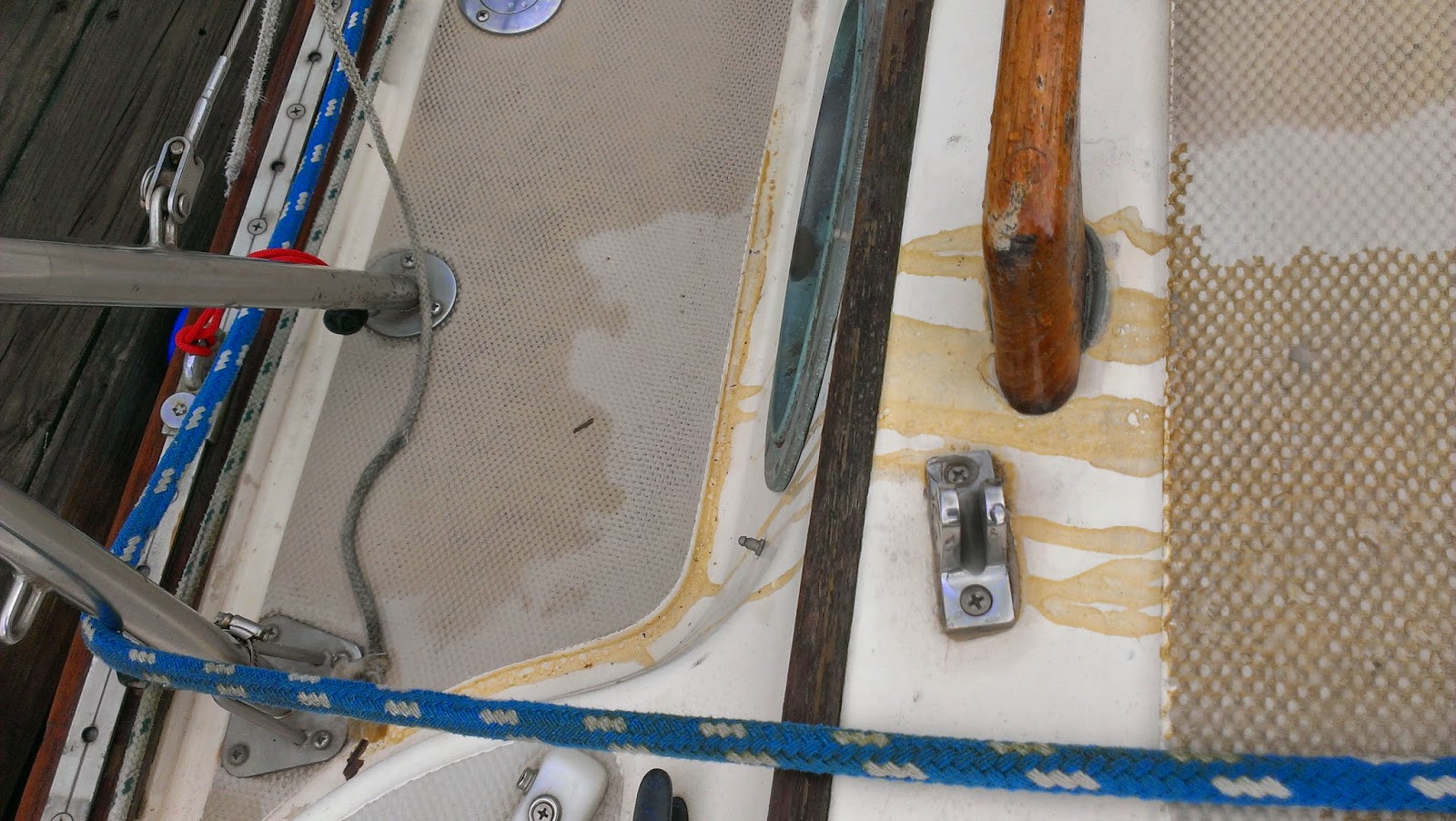