I started to work on cleaning up the exterior wood today. This project is going to take some time to do.

I started off by removing the non-skid sheets someone put on the wood. 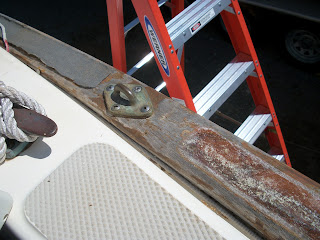 I got to sanding then thought the old varnish wasn't coming off so easily as I expected. I went to the store and got a paint scraper. It worked out pretty good but I kept slipping and scratched the deck a few times so I was trying to be very careful about it.

There is some nice grain hiding in there somewhere. This was from mostly sanding. 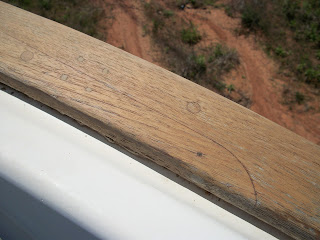 Another area that was scraped then sanded a little more. It was a bright day today so the wood looks lighter than it really is. 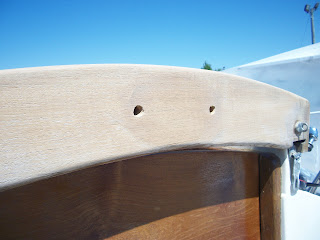 Here you can see where I was using the scraper and what the old stuff looked like near the cleat. 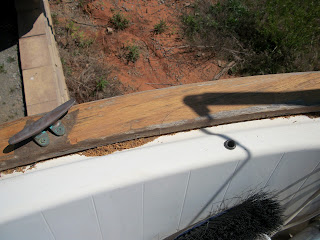 Another picture showing the difference between the old varnish and how it looked after getting scrapped off. 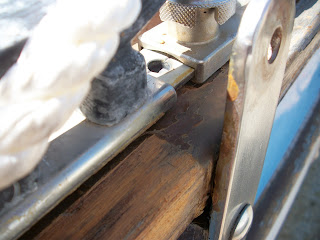 I have a lot more work ahead of me. 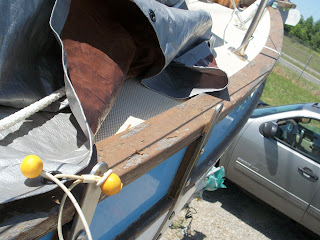 Even splashing a little bit of water showed up nice. I really like that amber look of the wood. It'll look nice when it's varnished. 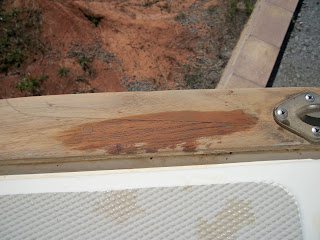 I found a maintenance book from a previous owner while going through some of the "stuff" I took off Rhapsody. I found an entry saying "Refinish all exterior teak - 3 coats of Sikken CETOL 9/3 - 9/5 1999". So, my assumptions were correct.﻿
Posted by Dan at 5:28 PM