I have this pull switch with LED in the galley. The previous owner told me what it was, or what he thought it was but I don't recall what he said. I think it was once used for turning on the compressor for the refrigerator unit in the ice box, but there's a different switch for that in the starboard quarterberth. 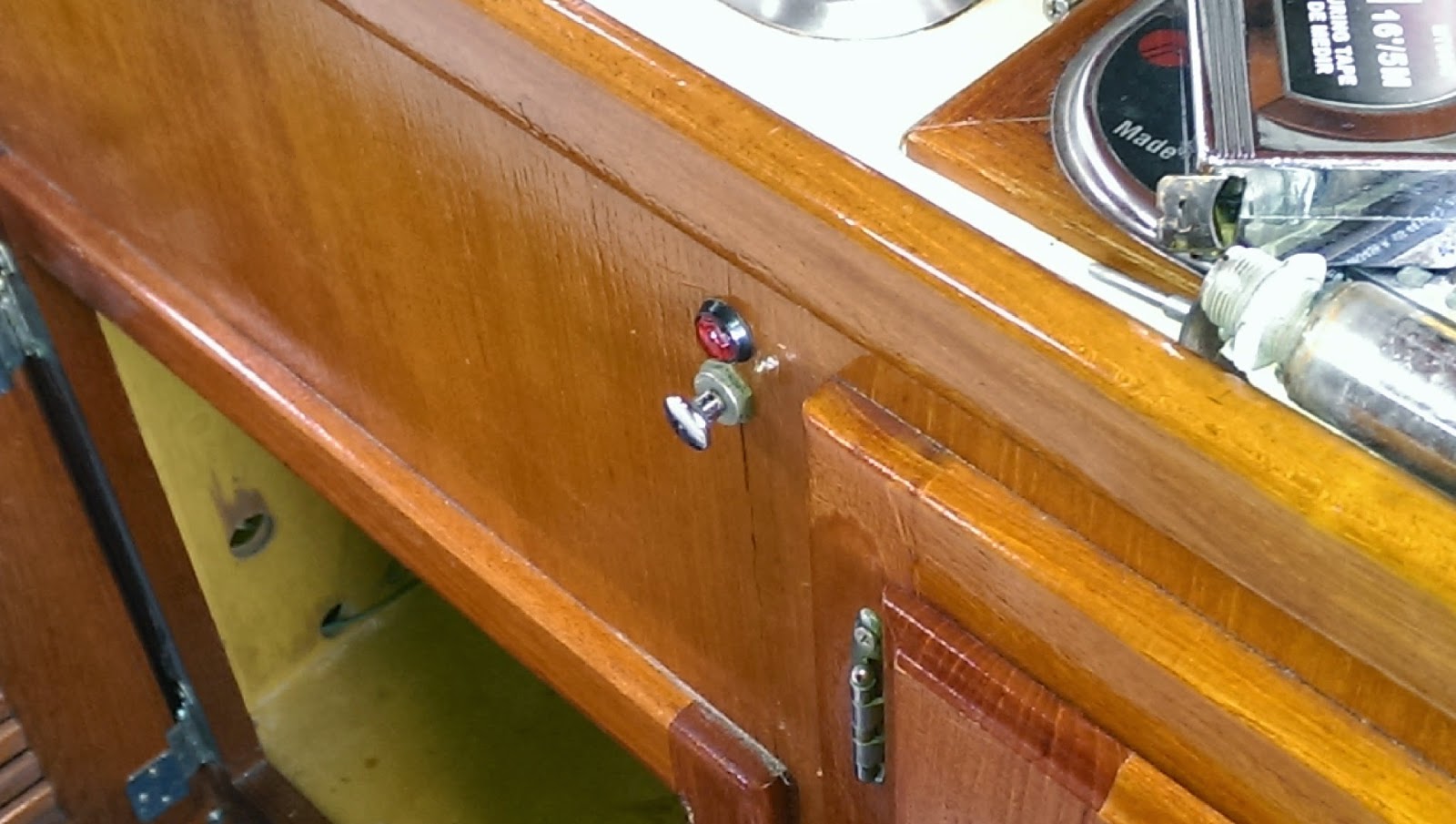 I went around finding some wires that didn't go to anything any more and took them out of the boat. Not much, but it's a start. I've read how people will remove loads of wires from their boats that don't go to anything.

Here's what I got out of the boat. 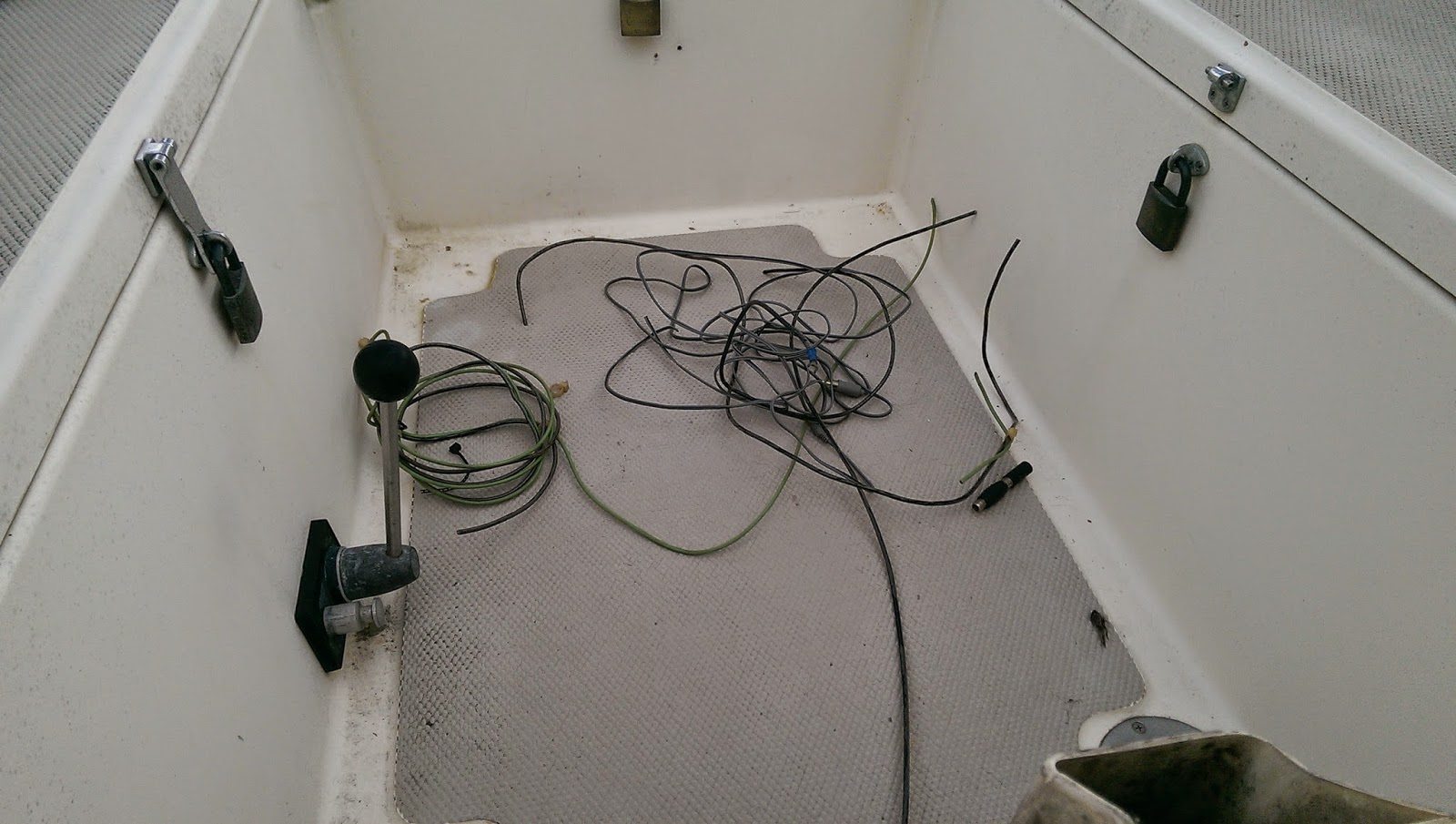 Turns out, I found the wires on the other end of the switch above, also in the quarterberth where all wires end up with the electrical panel just above it. I couldn't pull the wires from the switch, it's wedged up pretty good. I could cut all the wires and clean up what I can get to but decided to leave it for now. Maybe I could use it for something else, just not sure what right now. Besides that, if I remove the switch and LED, I'm left with a couple holes.

I also took out the shore power charger. I think it went out on me that caused my batteries to go dead. I may have found a replacement but still working on it. It'll be a while before the boat is back in the water so I still have time. 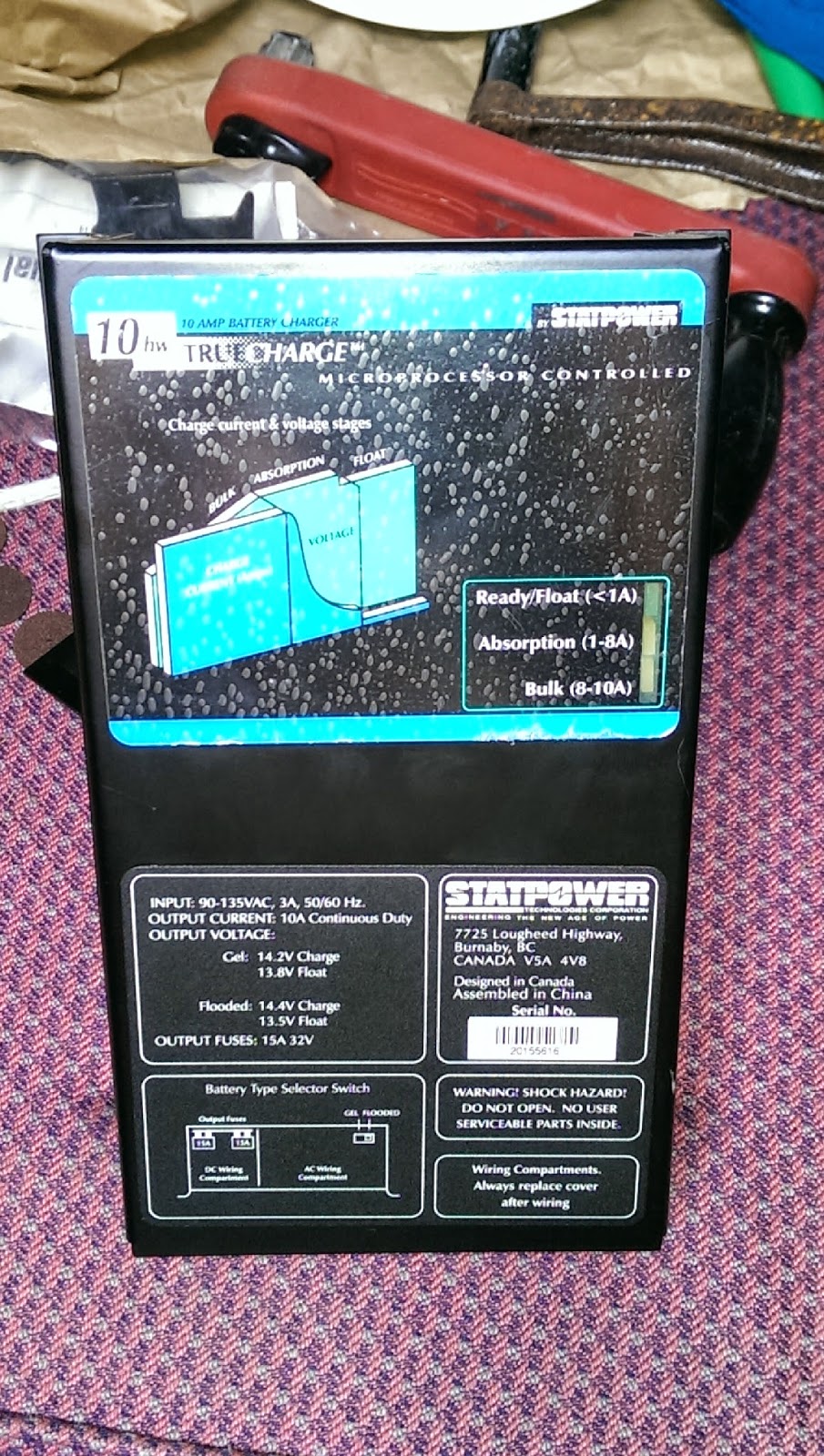 I also took out the old GPS, a Garmin 546s, that I intend to replace with something more current. This replacement will take some time since new units cost much more than I can afford at this time. I will sell this unit soon along with a Garmin Vision card for lakes. 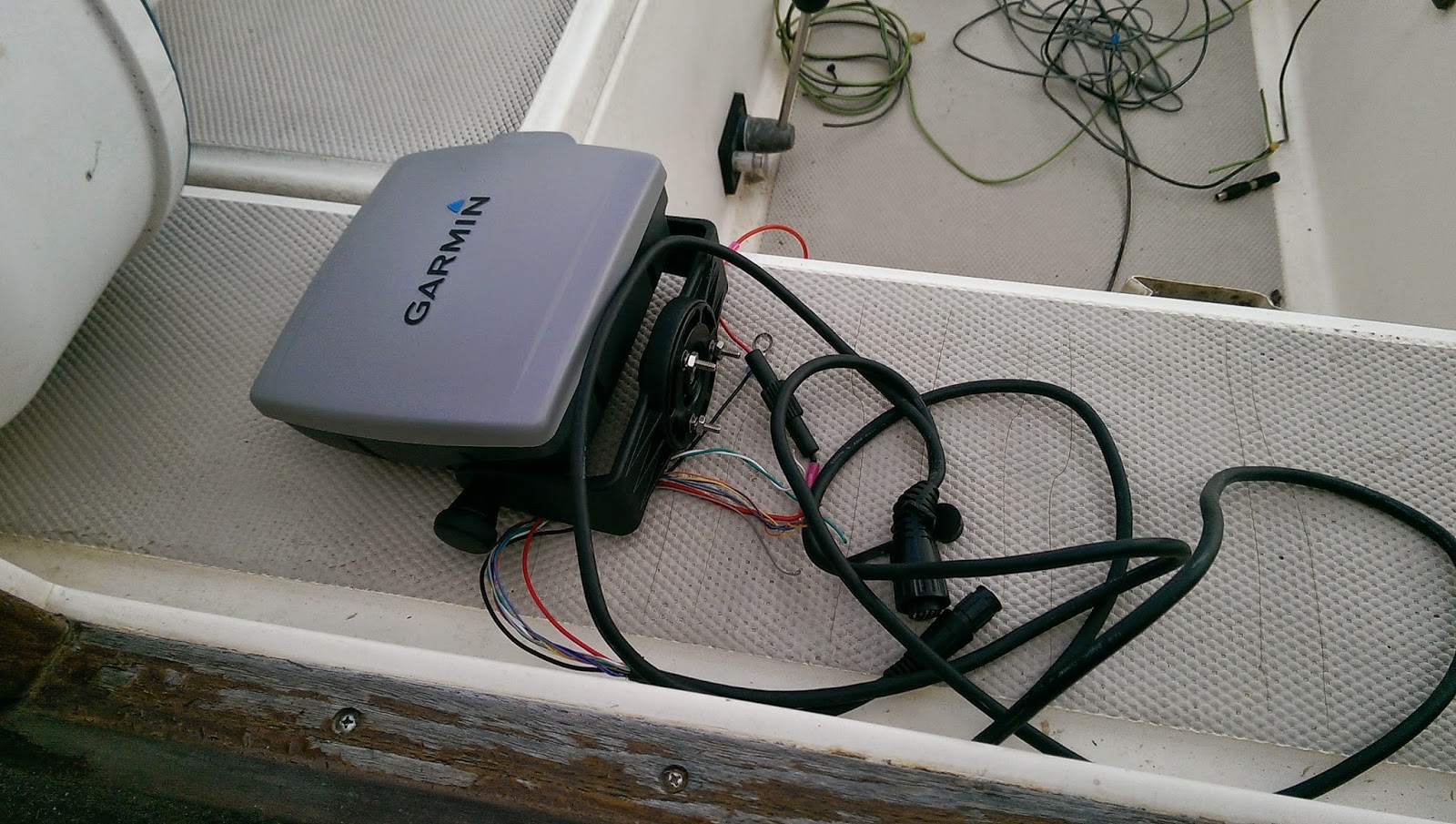 Cold weather is setting in so there may be less work on the boat itself. Lately, I've been working on varnishing the rudder cheeks and the spacer boards for the chainplates. I had hoped to get the chainplates on before it got too cold but still need some more coats of paint on the boat.

I've also been hearing discussions (from non-boaters of course) who question the point of being on a boat. The assumption is that unless you're actively piloting the boat, you're just sitting around and not doing anything, and thus bored. It would seems that non-boaters would find sailing a boring useless pastime but those of us who are fortunate enough to take up sailing know better. There's always something to do and certainly not boring. If it was, I wouldn't be doing it.

I find it funny the perceptions non-sailors have when it comes to boating.

There are others who post sailing type quotes and I find these to be pretty good that can relate to how I think of sailing.

Aside from what it teaches you, there is simply the indescribable degree of peace that can be achieved on a sailing vessel at sea. I guess a combination of hard work and the seemingly infinite expanse of the sea - the profound solitude - that does it for me. - Billy Campbell

"There are those that stand at the shore looking to the sea, wondering, and there are those standing at the helm looking back at shore, knowing." - Kurt Leisenfelder