Been a while since I posted but this is what I've been up to lately. Winter projects continued but even those were slow going.

I want to expand my battery capacity so I build a battery box to replace the one I had before. I took some 6oz. fiberglass cloth and lined the inside of the box. Still not done yet as I want to cut away a little near the top for the thick battery cables to make their way to the battery terminals. There's a few touch-ups that are still needed but overall, I don't think it's all too bad. 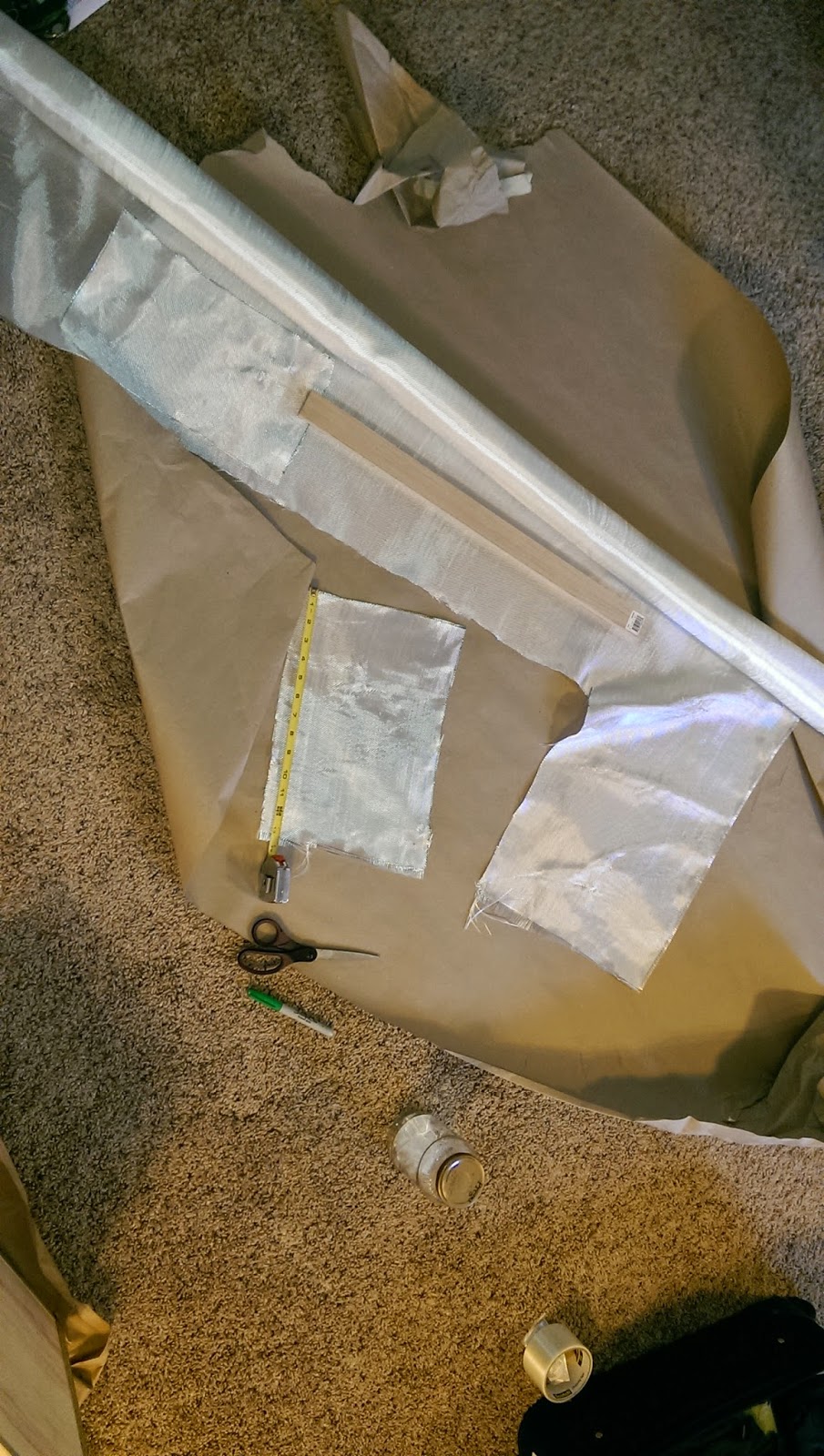 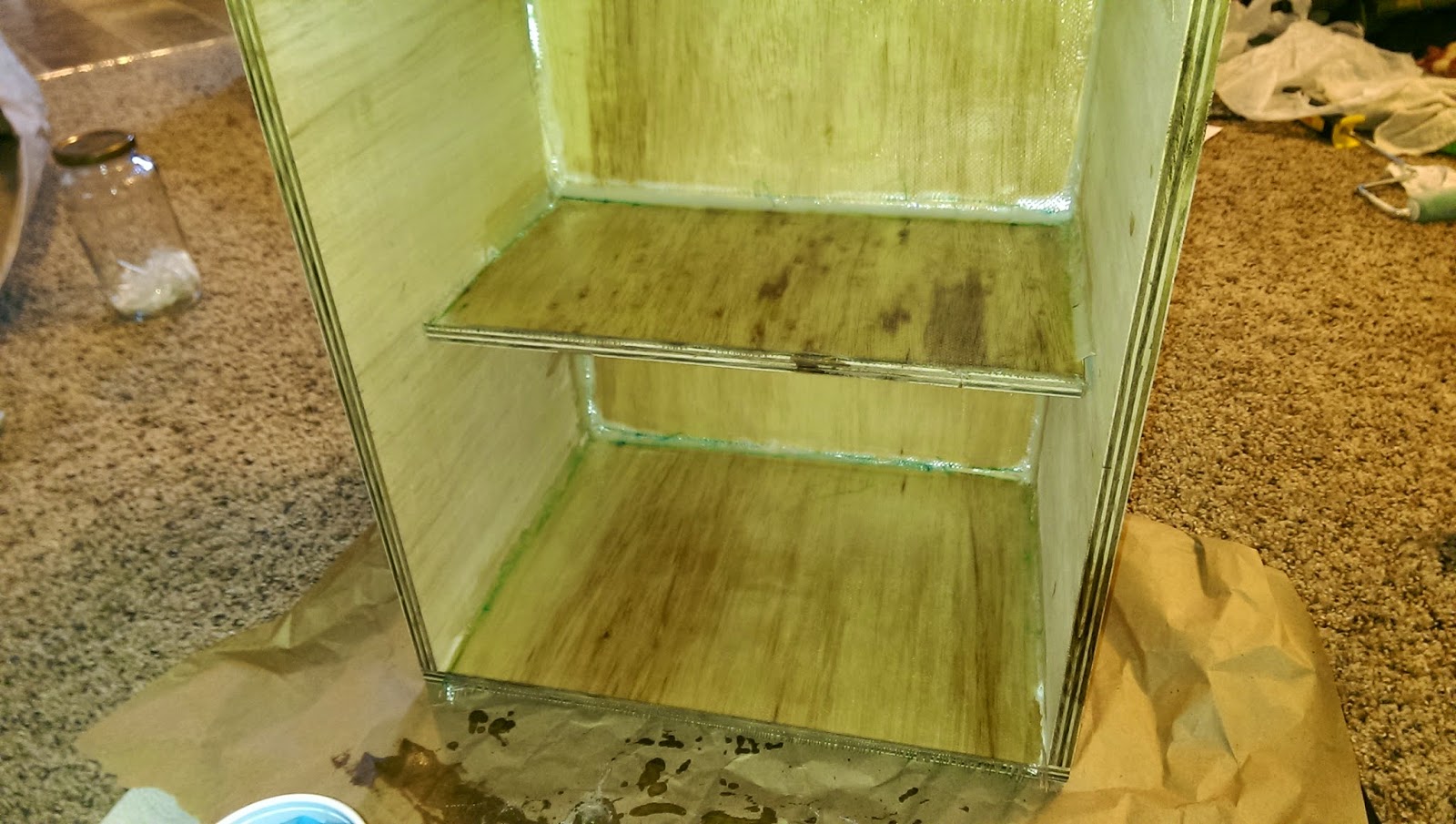 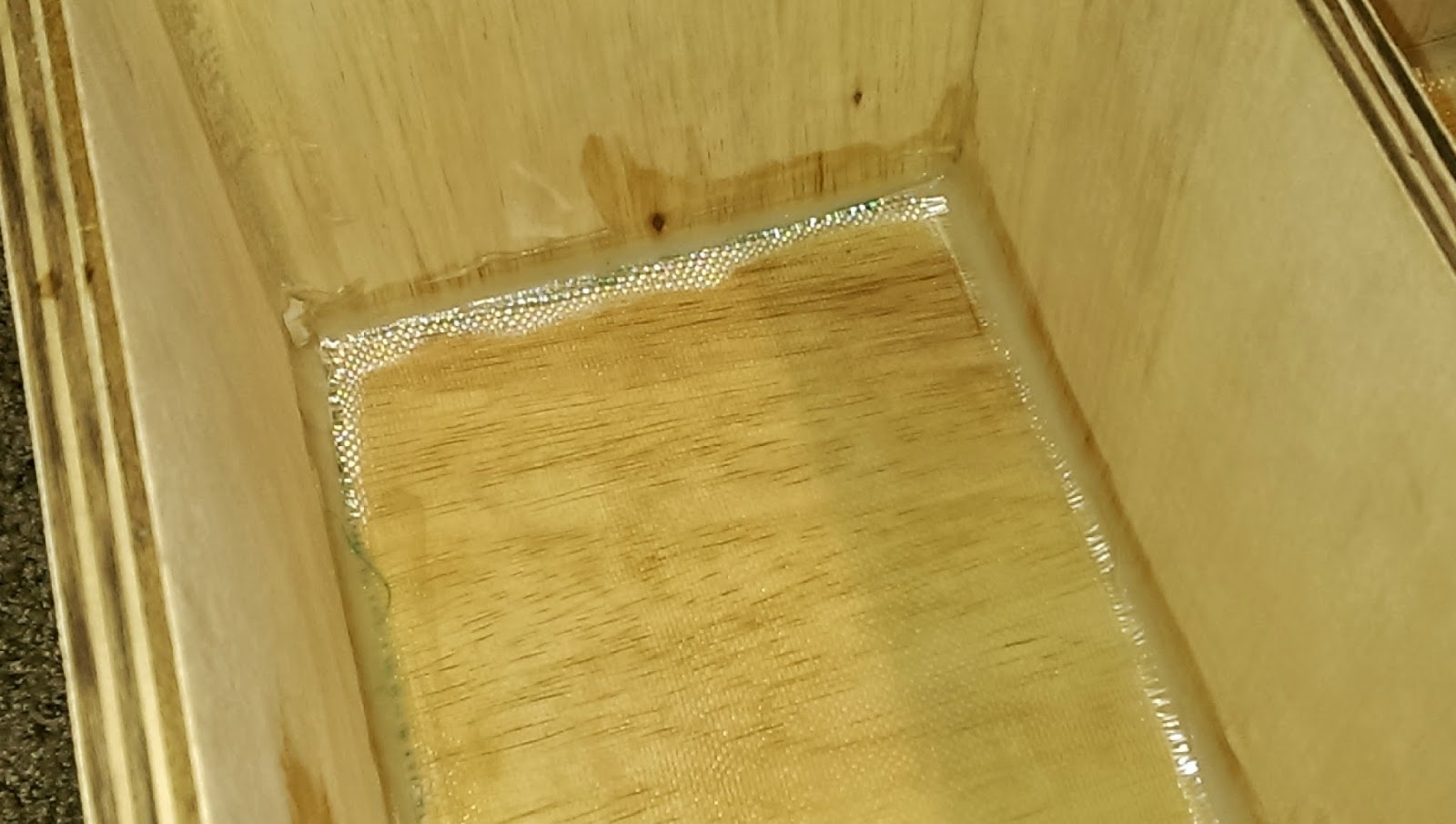 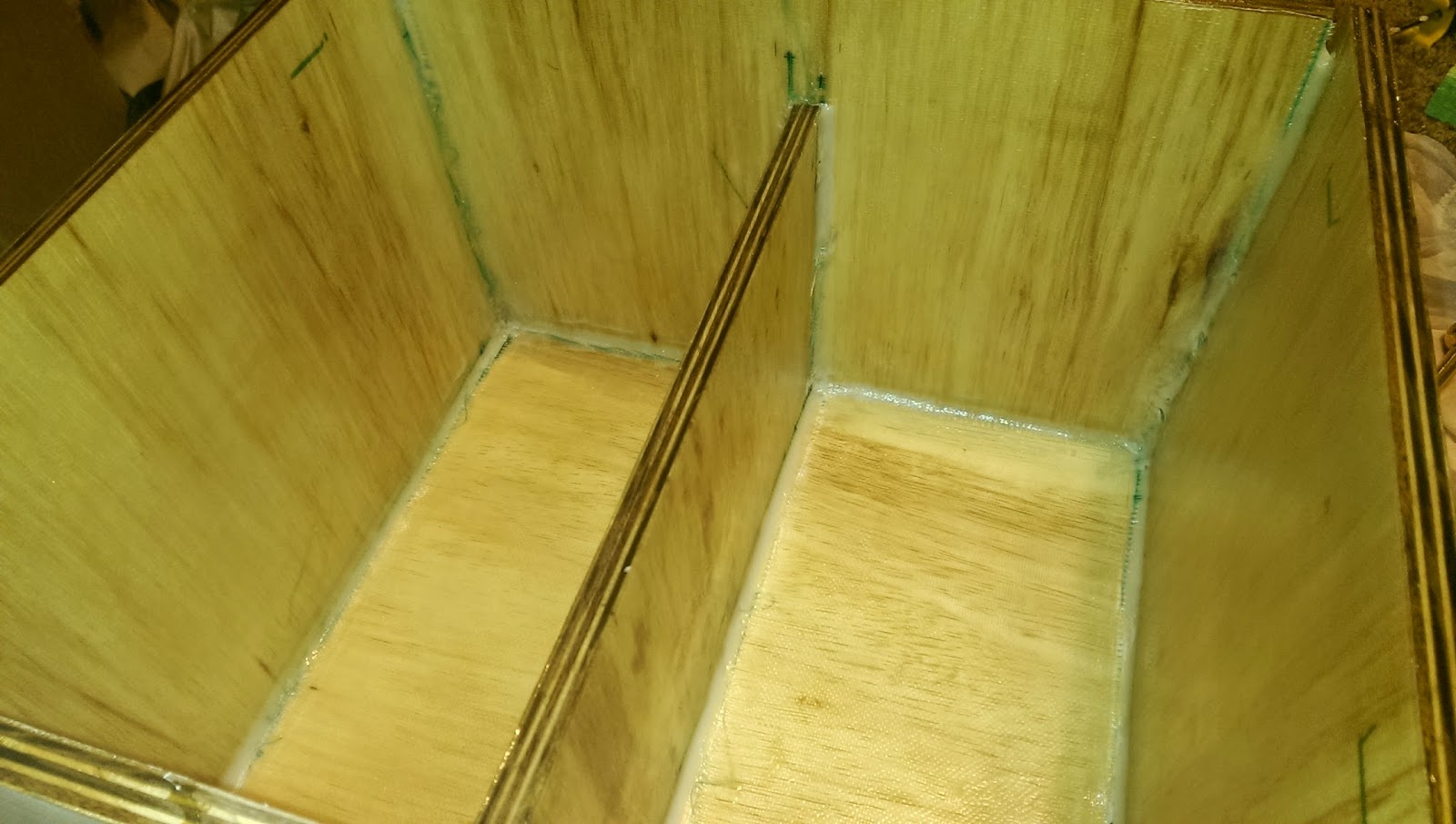 One day, while visiting the boat, I decided to grab the ships bell for cleaning. When I got the boat, the bell wasn't in the best of condition. Before I used Brasso. It made the bell look really good, or so I thought. This time, I was going to use the same thing but decided to use some Collinite Metal Wax. I used this metal wax on the bell and it bought it from dull to a really nice mirror shine. 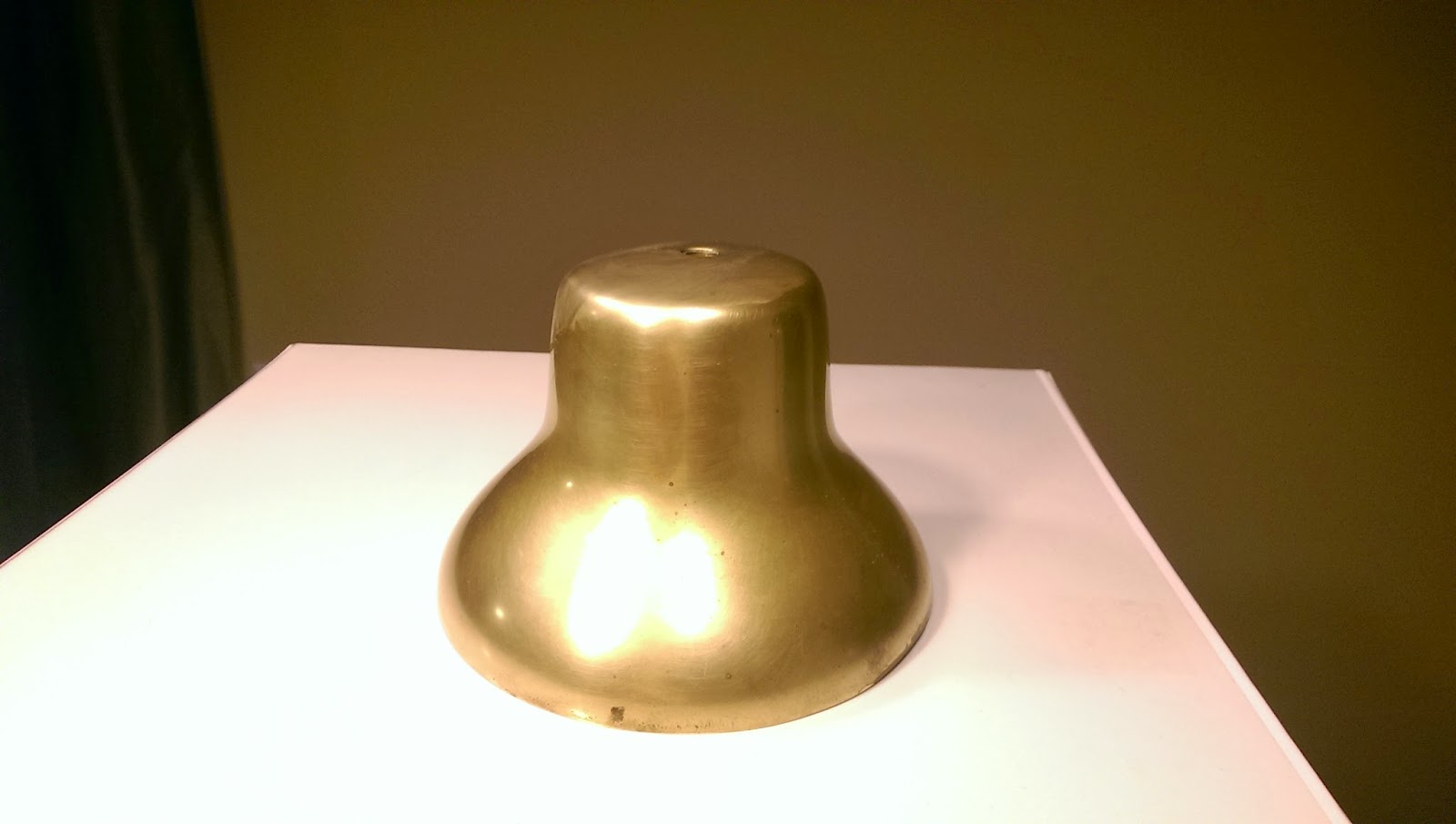 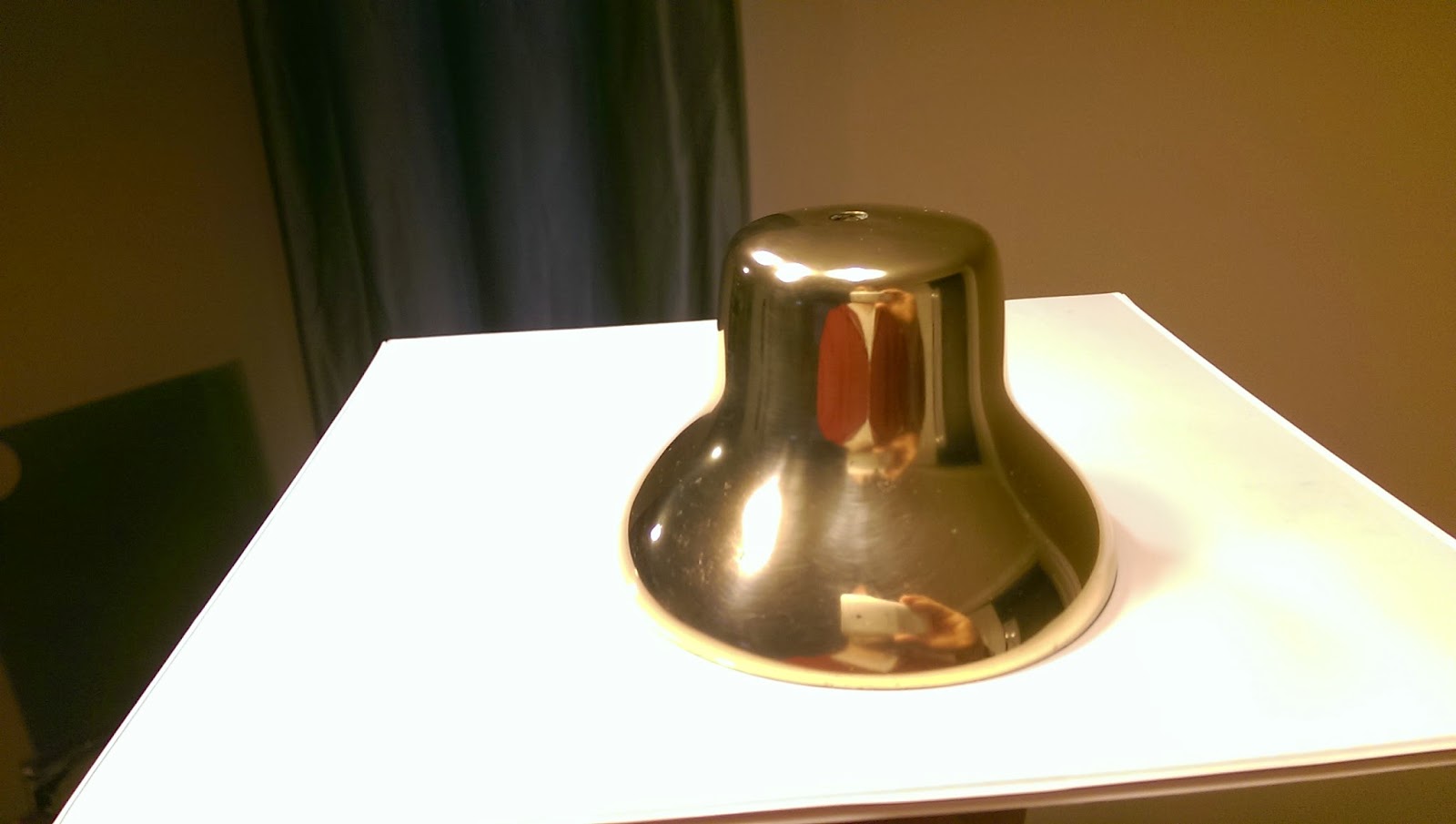 In a previous post, I mentioned taking the rudder cheeks off the boat to refinish. Right now, they have 5 coats on and a few more before they would go on the boat. I also refreshed the varnish on the tiller too. 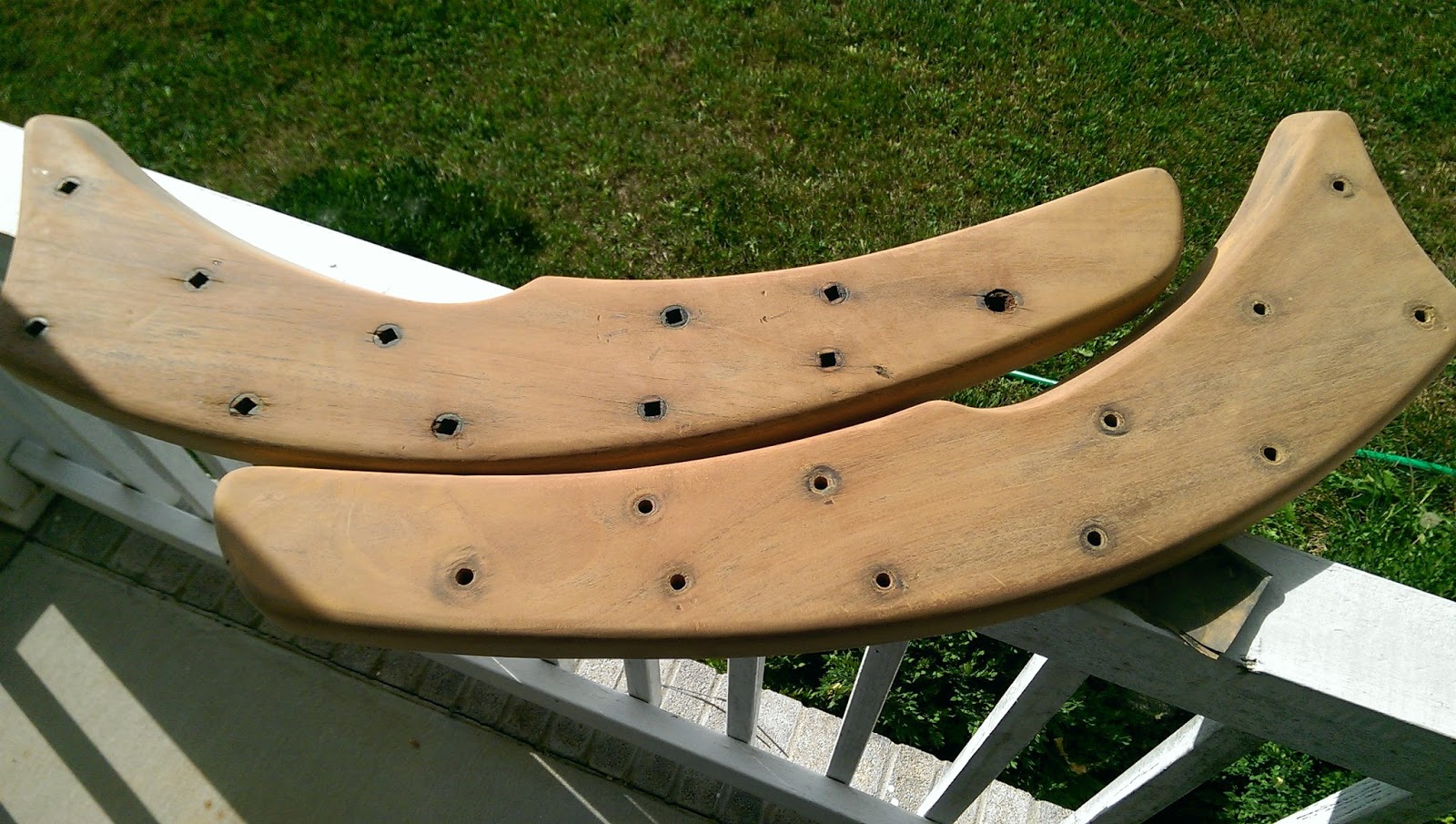 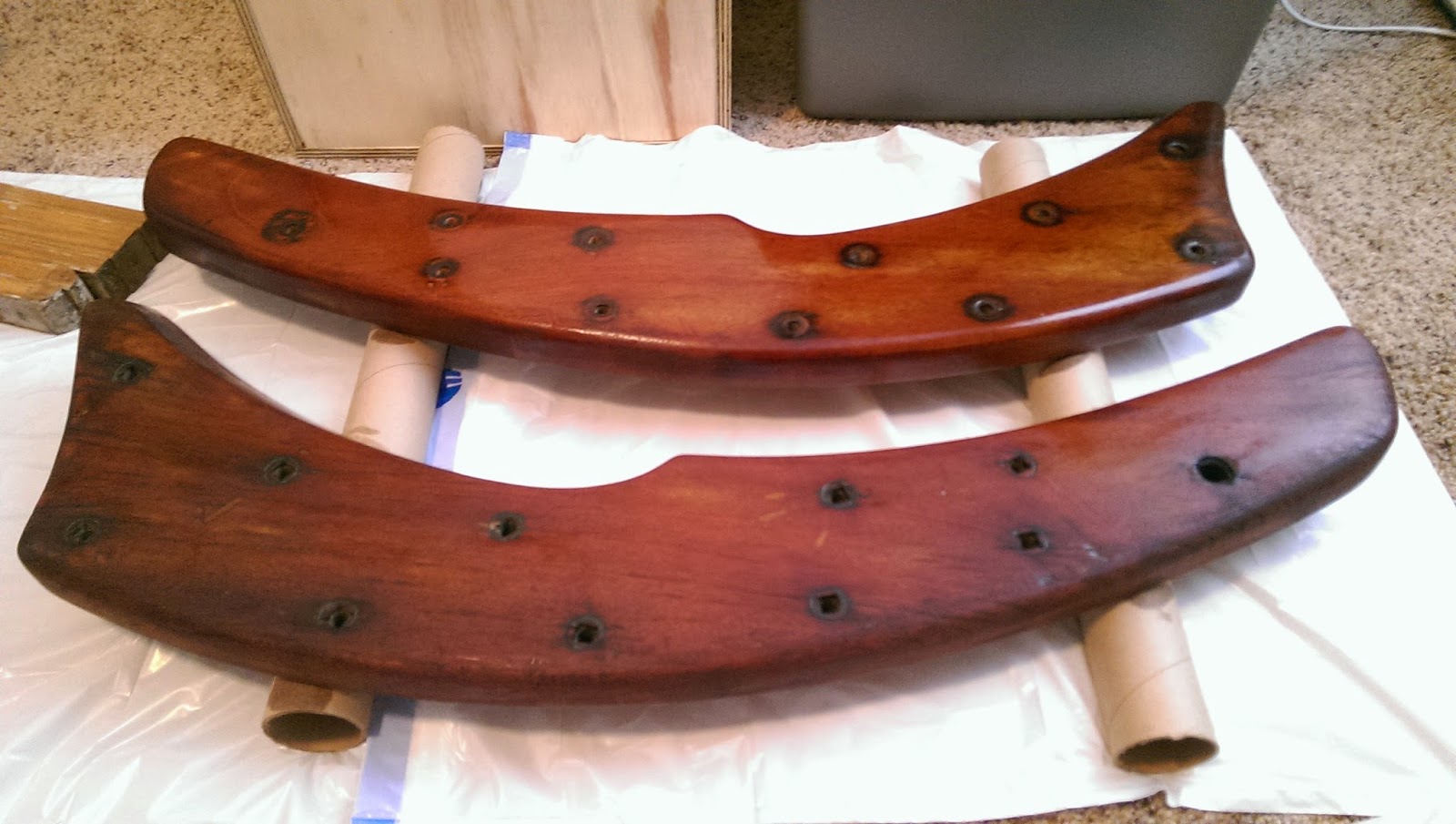 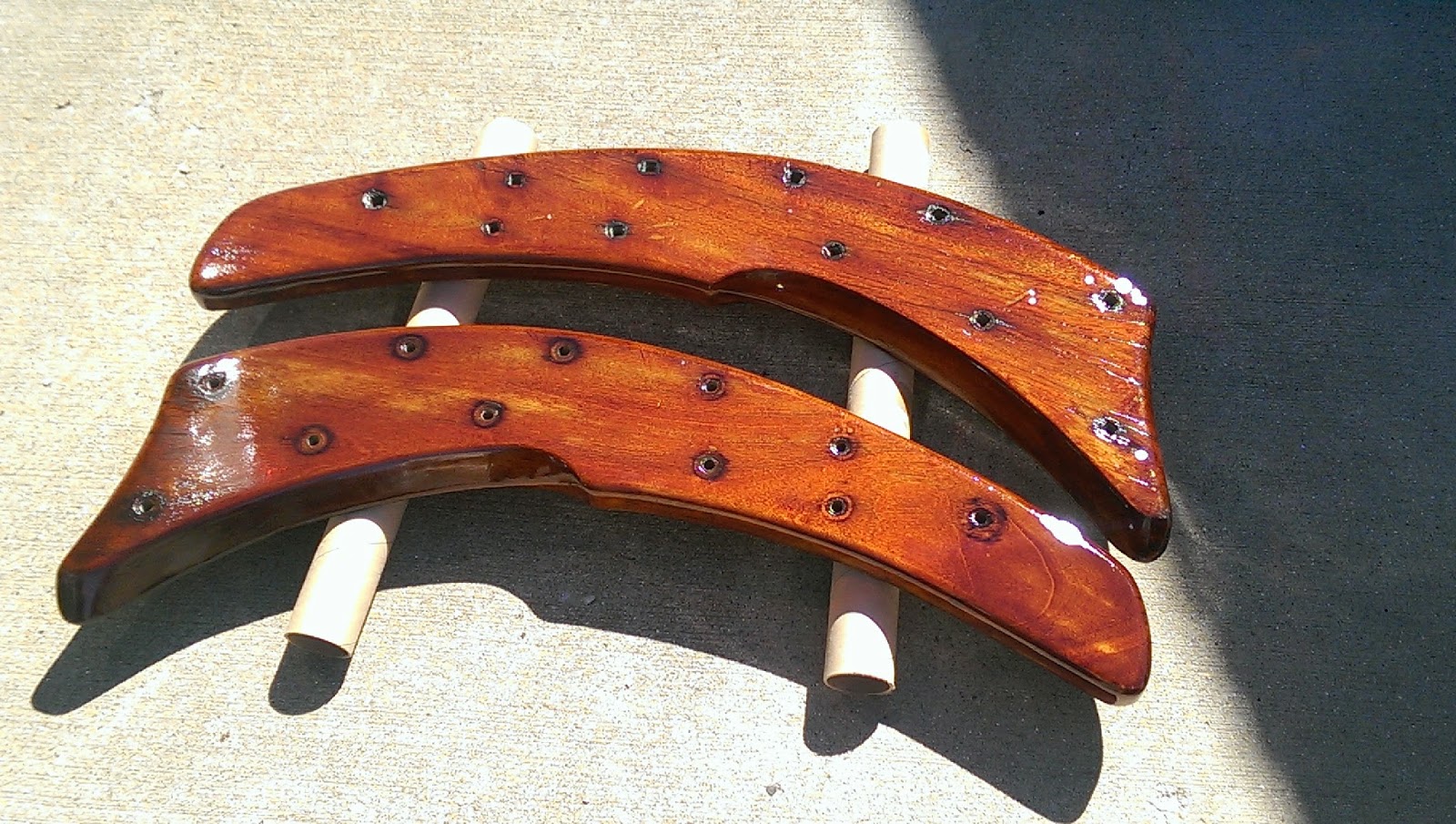 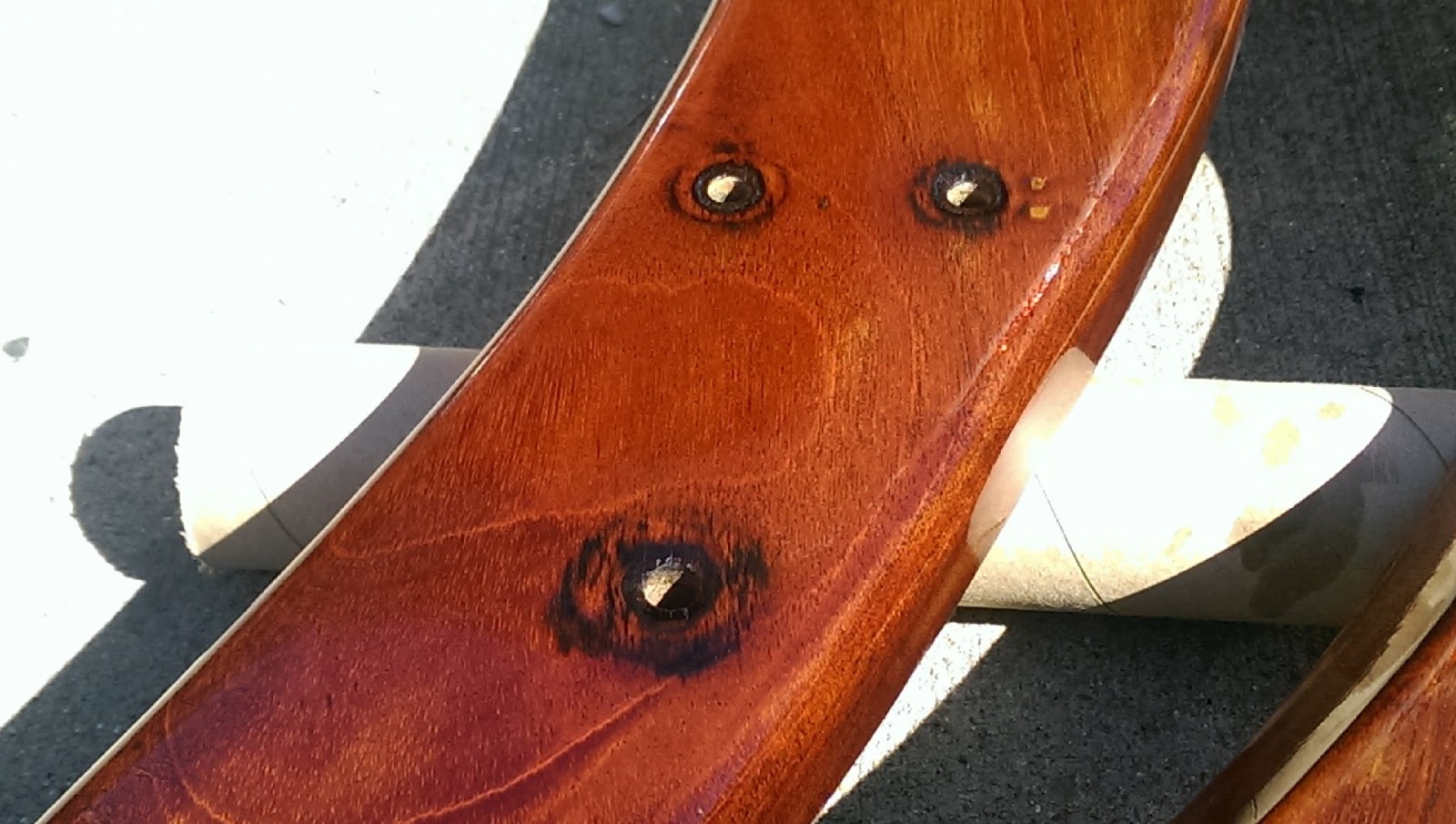 I bought a Sailrite sewing machine some time ago but haven't really tried putting it to use. I sewed the ends of a webbing strap that would be used to hold the battery box down once it's on the boat. I also have a buckle that will get sewn onto the webbing too but haven't gone that far yet with it. At the same time I got the sewing machine, I bought a yard of Sunbrella Linen marine grade fabric. I got only a yard so I could practice with it. So I tried making a cover for the forward hatch. I think it turned out pretty good but when I took it to the boat this weekend, it was a very close fit. It could work for now but I think it could be made better. 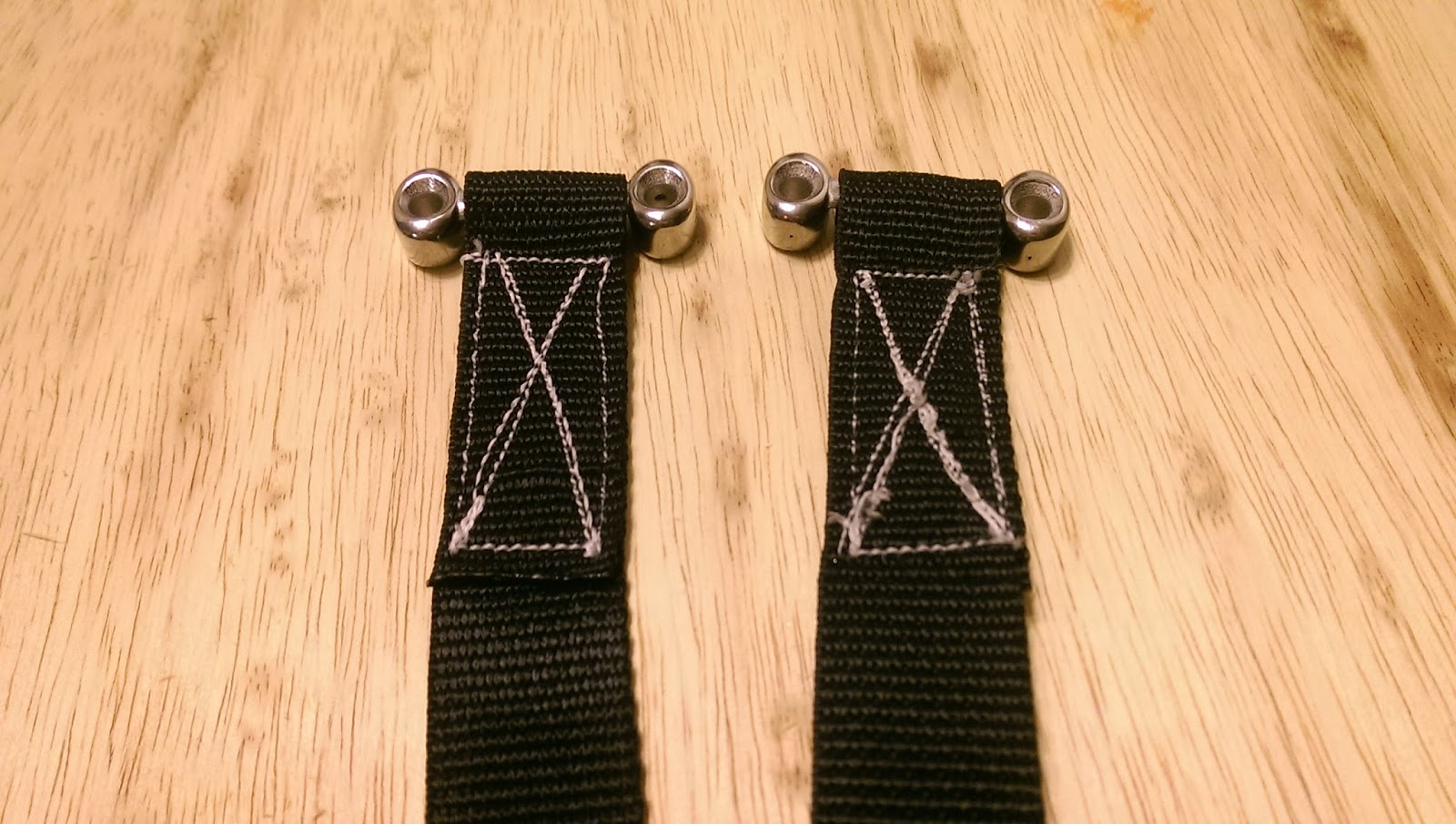 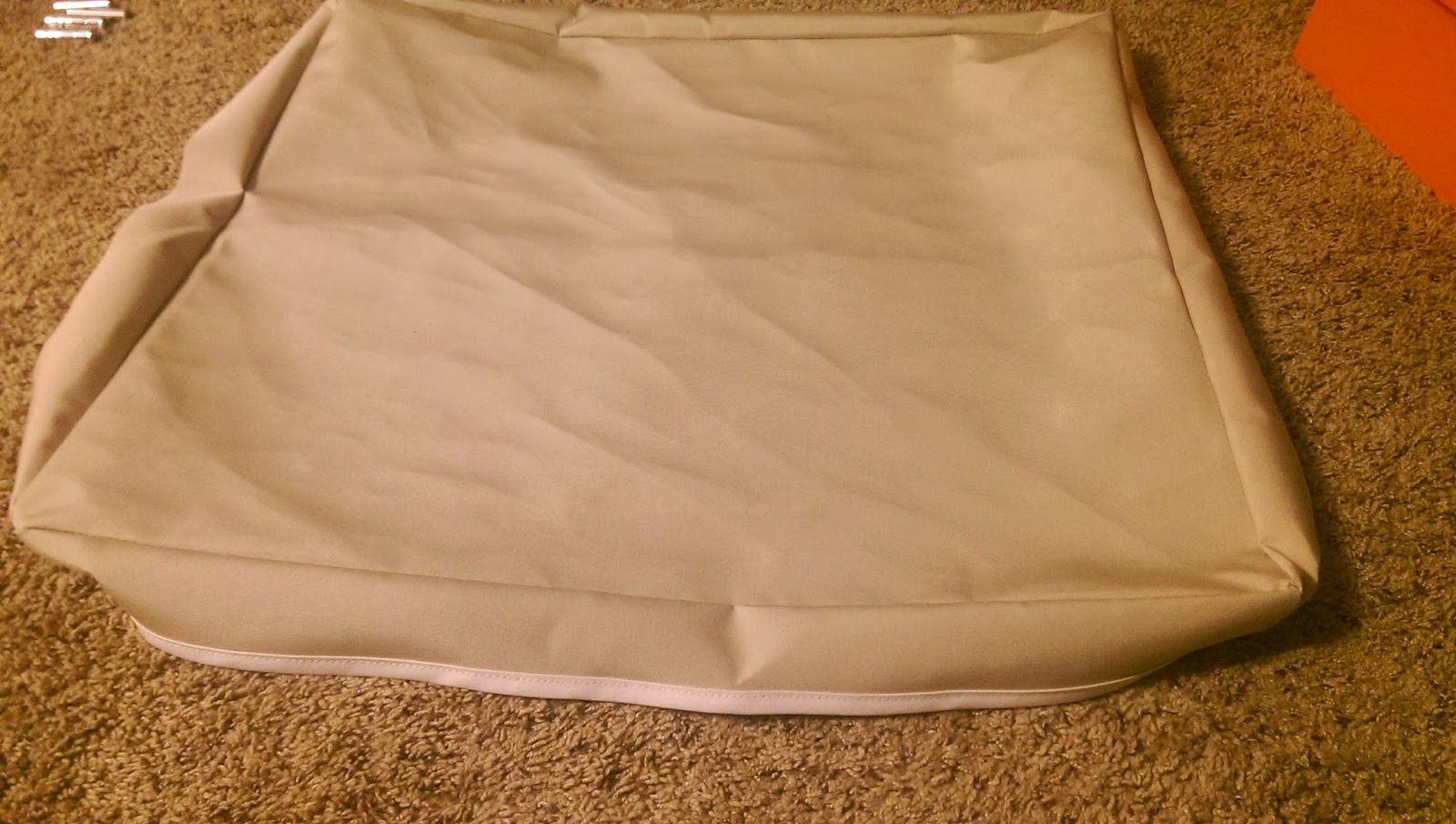 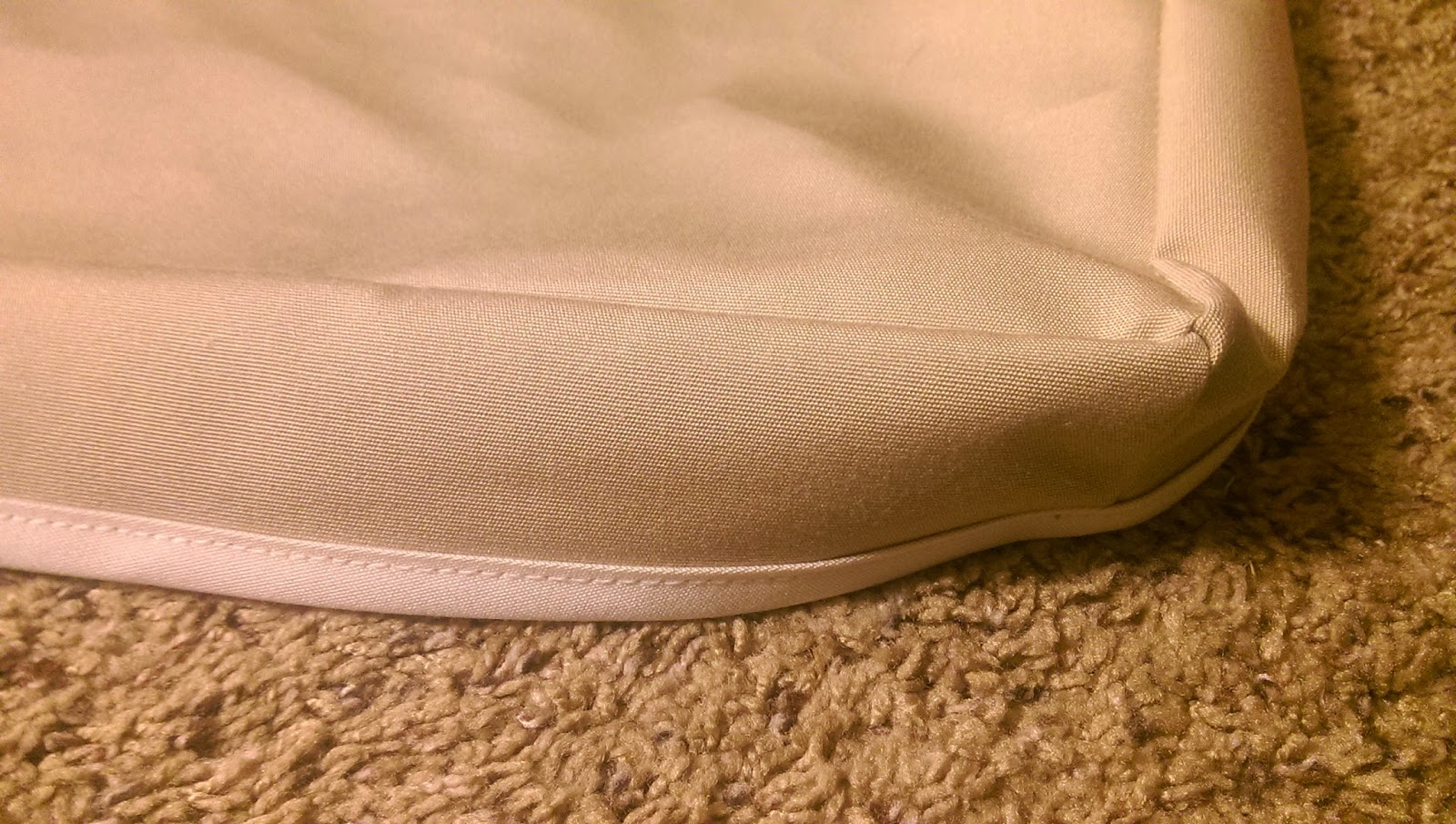 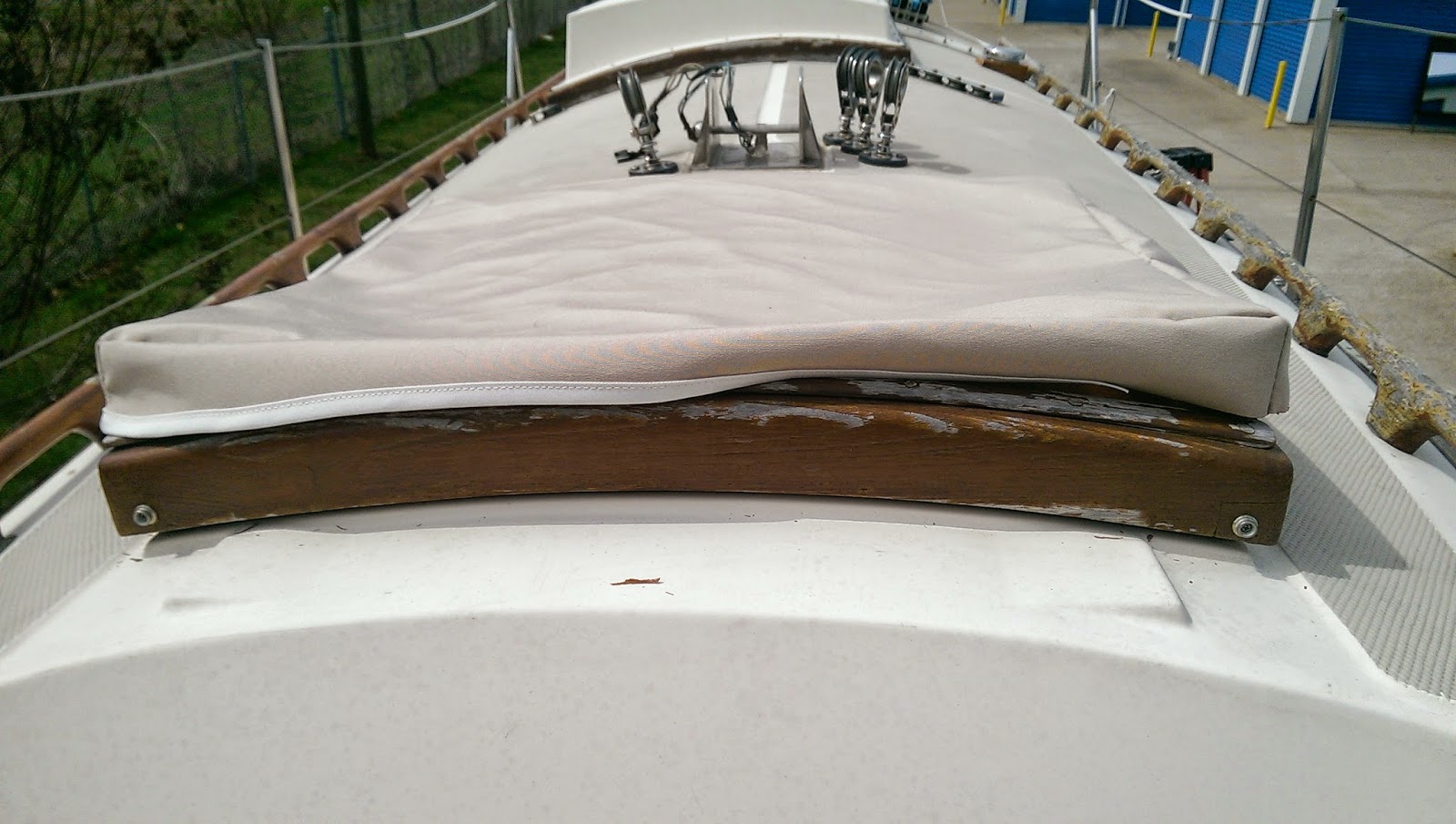 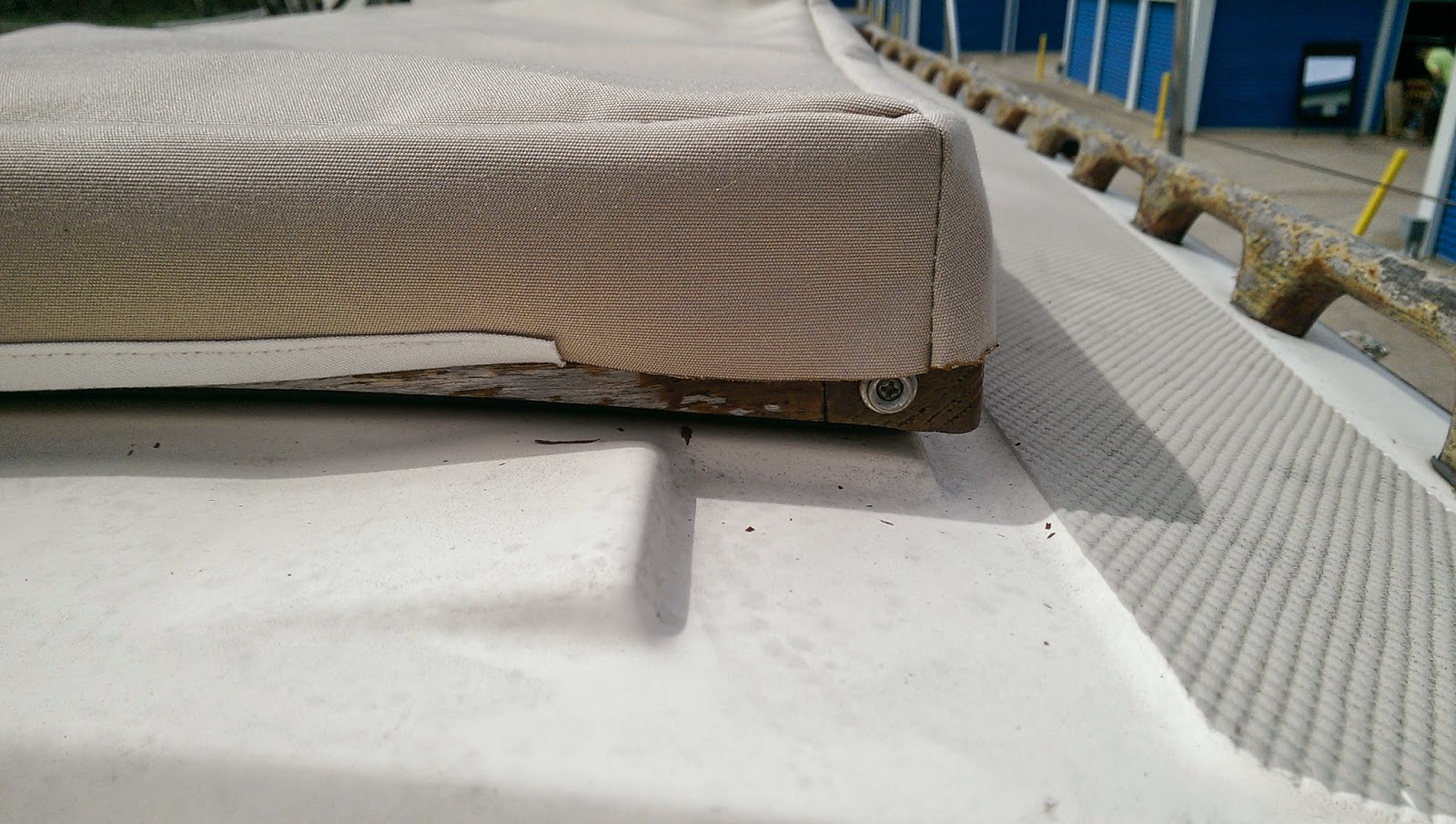 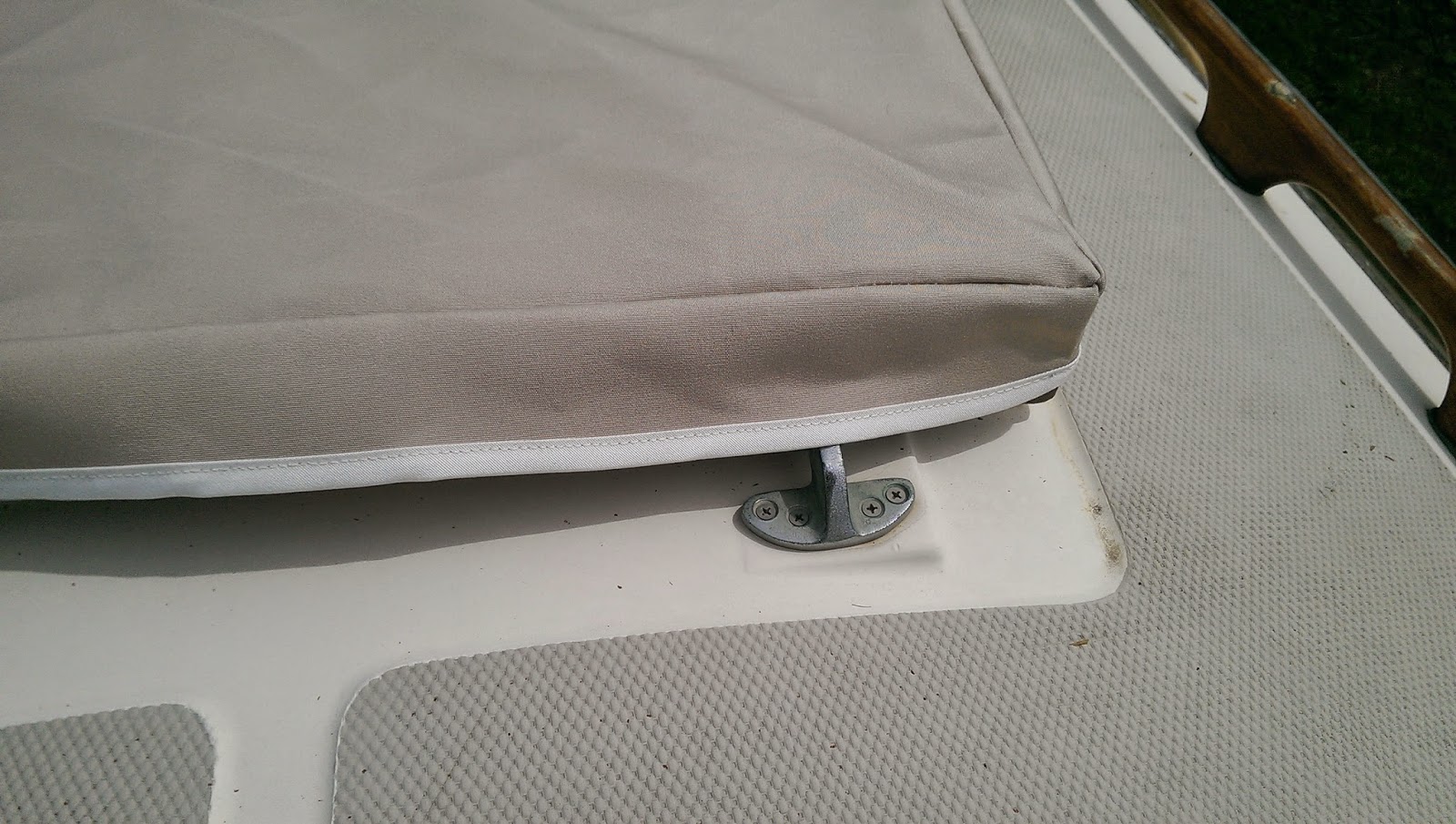 A week ago, I went to the boat and found out the bilge was full of water. I used the manual bilge pump and got it out of there but thought of how it got there. I opened up the floor boards and opened the panel towards the engine. The engine was very wet. Then I thought of the most recent snow we had that was immediately followed by a lot of rain. So what I think happened is with the snow in the cockpit, the drains were blocked. So, when it rained afterwards, it had no other place to go so it got into the boat through the engine instrument panel. Another reason why I think that is what happened is because one of the cockpit lockers was also full of water, which has never happened before. I had a sponge in there so I soaked up all that water to clean it out. So now, I hope for a dryer boat. To prevent future leaks through the engine panel, I'm going to get some 4200 and seal up around the edges. I was also given a suggestion to move the pull-stop to the inside of the boat. I think I'll take that suggestion. Anytime I pull it from the cockpit, the engine panel lifts up. with that, I'll look for a place I can move it to.

I've started removing some of the bottom paint to get it ready for paint later on down the road. I got the rudder cleaned off for the most part. Found a lot of spots that looked like it was damaged before, possibly from blisters. Needless to say, there's going to be quite a bit of work to fair it out for a smoother look. I also found a spot that is cracked that will need to be filled too. I'm planning to keep the bottom cleaned off until right before I can get the boat back in the water again, which might take some time but at least it would be ready to go. 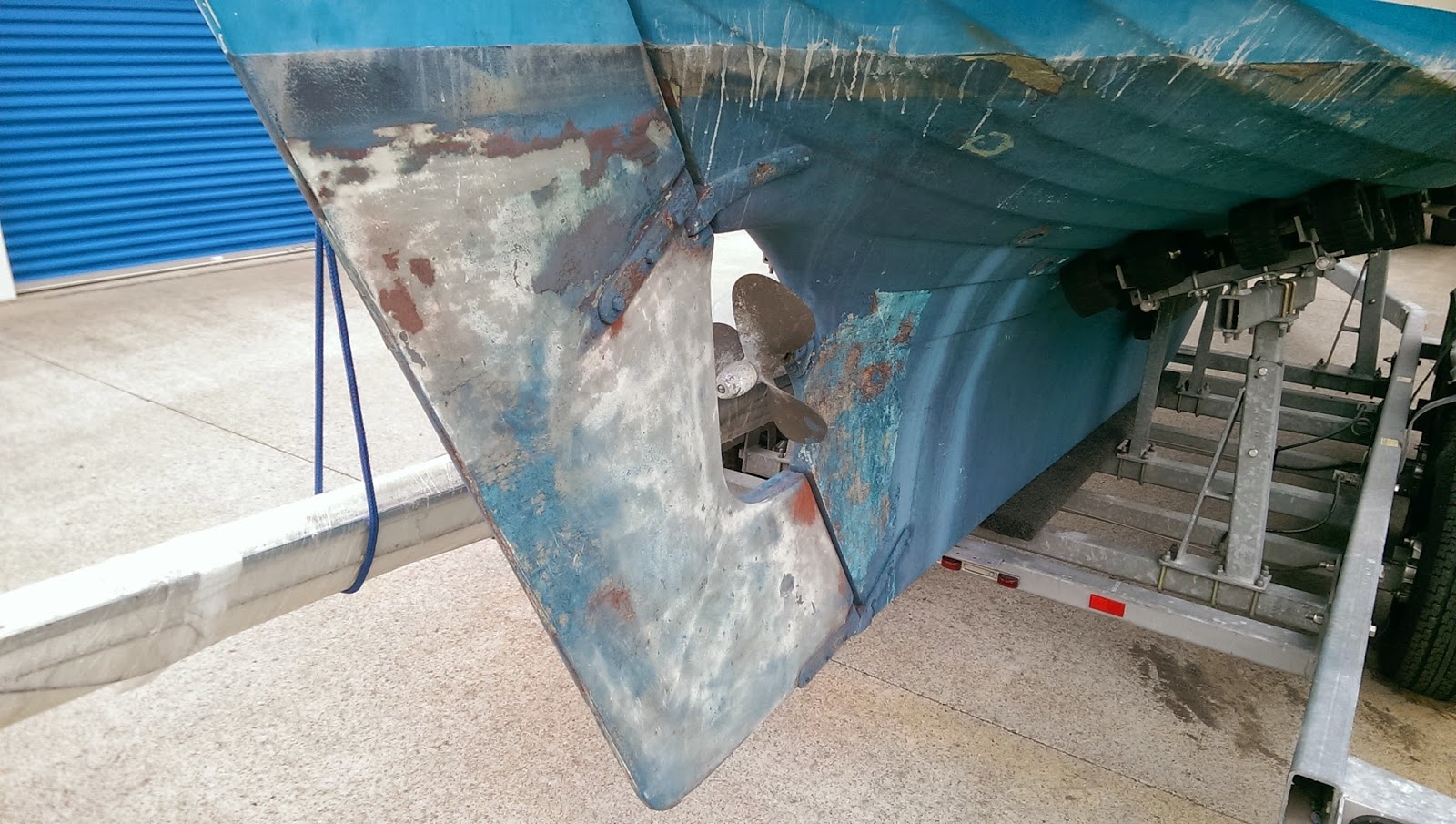 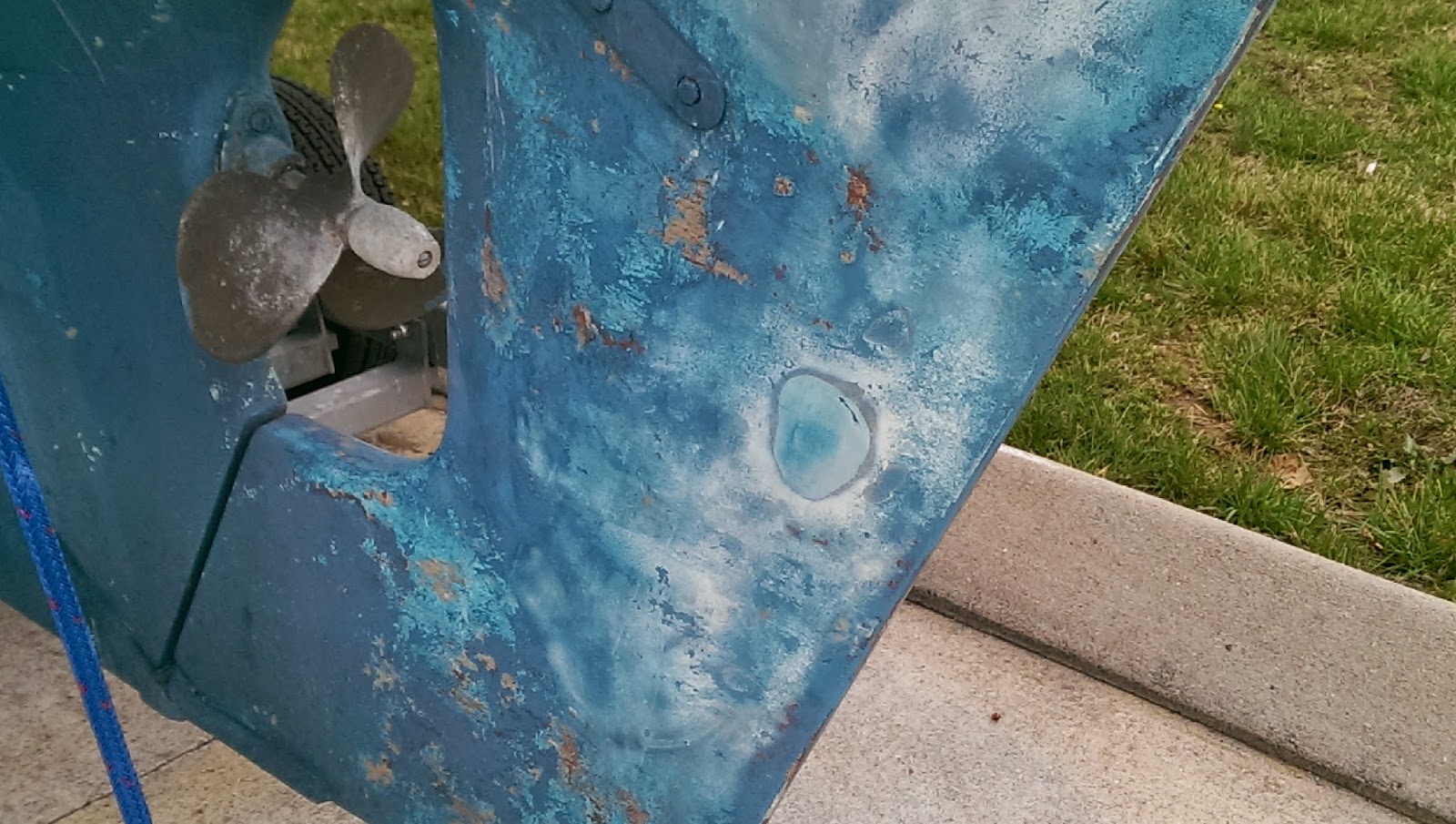 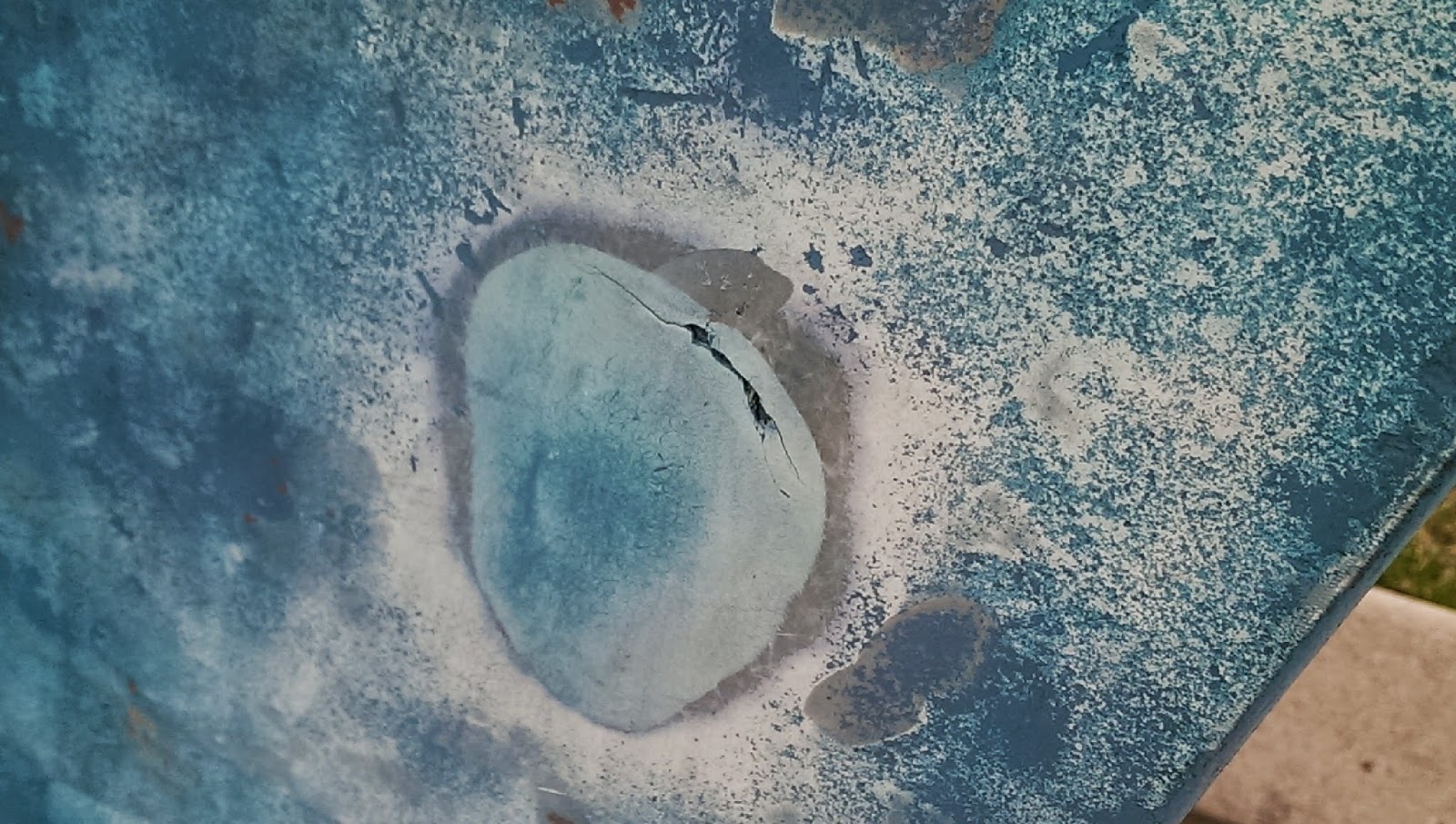 And the latest is the trailer the boat is on. I found out there's a place for brake fluid. I hadn't thought of it before so I wasn't looking. Well, the reservoir the fluid goes into was empty and dry. I bought a pump to try bleeding the lines but so far hasn't worked out so well.

I'll be moving in the next couple months from Tennessee to Northern Virginia so I have some work to do to make sure the boat is ready to move. I'll travel there first to scout out the area until I find a place where I can move the boat to. Then projects will continue along the way.