Off With His Head!

Today started of cold. I look out the window of the house and see frost on the grass and car. It seemed to be a good day to stay home. Instead, I decided to get out of the house and head to the boat. It was clear today without a cloud in the sky. There was also a nice breeze blowing.

I went to the boat thinking I could do some cleaning, maybe winterize but something told me to try sailing again. Winterizing will wait.

Like the previous attempt and the videos I took before, I motored out and through the canal to the other lake. There was hardly anyone out. There was a few speedboats with guys going fishing. There was maybe 5 or 6 sailboats near the canal and maybe a few  more farther down. I don't know how strong the wind blew but it was more than the last time.

Sailing went well. While looking at the GPS, I would say my average speed was around 3-3.5 knots. I was able to get the boat up to 5-5.5 knots but that also involved the boat leaning over 25-30 degrees from the healing gauge mounted by the companionway. 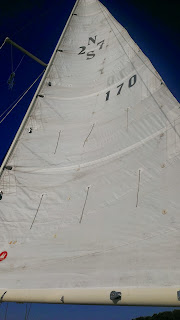 I had the main and jib out and did a couple tacks. After an hour or so, I dropped sails and floated while I went down below and picked up all the stuff that got thrown around all over the place while heeled over. I raised only the mainsail and sailed back to the canal and motored the rest of the way back to the marina. I was sailing for about an hour and a half so it wasn't long but I still enjoyed myself very much.

Back at the dock, I took care of a few other things. I looked at the tiller thinking that it needs to be repaired in some way. The end is split and a few soft spots. Right now, I'm thinking some epoxy in the crack and a clamp to keep it together might help. Then it could get stripped down with new varnish applied. 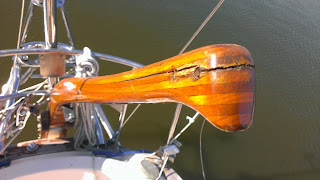 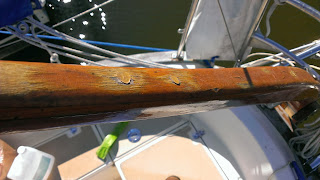 I went to the Annapolis sailboat show recently and got a new anchor from Mantus to replace the Delta anchor that was on the bow. Changing out the anchor wasn't too bad. When the anchor was raised, it didn't sit on the bow like the Delta. Luckily, the Mantus rollbar can be removed which will allow it to sit better. I saw things online that the anchor will still set pretty good without the rollbar. 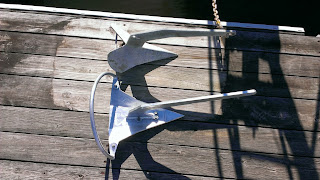 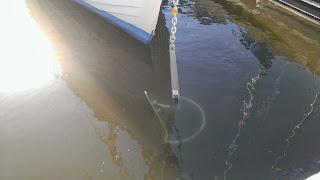 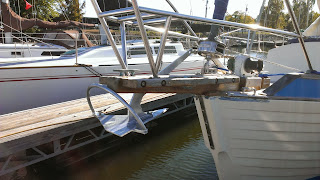 The biggest project of the day was the removal of the head and holding tank. I wanted to switch it out for a composting head. I was thinking a Natures Head but after looking at the options at the Annapolis Sailboat show, I thought the Airhead would be a better fit. There was a two inch screw holding it down on each side and applied with some sort of adhesive. Some of the wood around the edges were soft. After removing the screws, I hammered a flat-head screwdriver in between the tank and the wood and pried it apart. Took a few minutes to pry apart all the edges. Once all the edges were loose, I cut the few hoses leading away from the tank/toilet and covered them with plastic bags and rubber bands. The tank itself was deeper than I originally expected. I thought it was only big enough as what was visible from the top. As soon as I picked it up, there was dust/dirt falling from it. I didn't realize until I got it to the parking lot that there was a big gaping hole on the back side about 2" x 3". Thankfully, I never tried using it or testing it out. I would hate the clean up from a mess like that. Good thing I decided to take it out since it needed replaced anyway.

Pictures of the head. 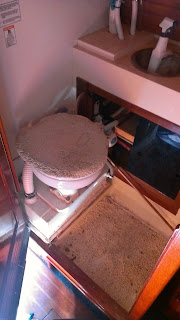 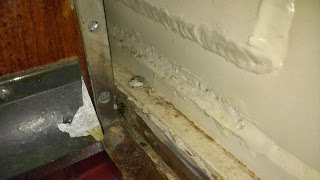 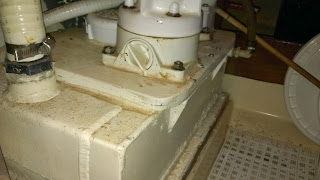 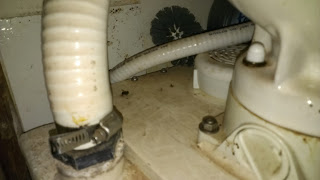 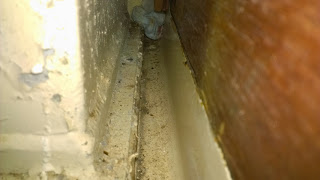 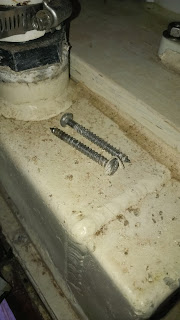 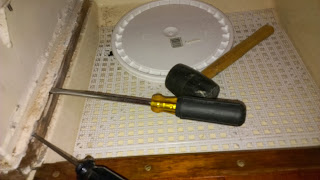 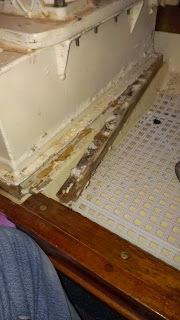 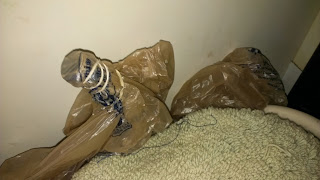 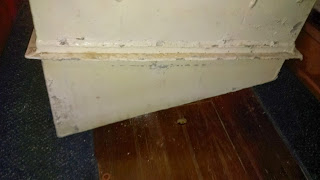 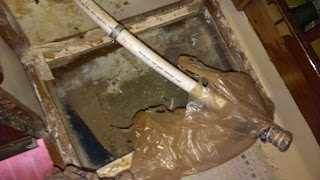 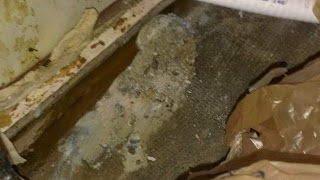 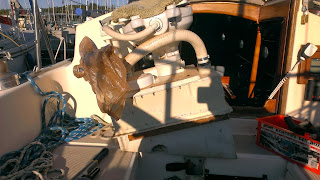 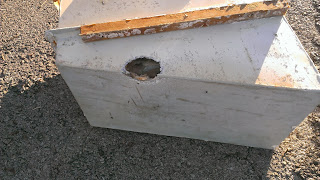 Next step of this would be to remove the rest of the hoses that will free up some space under the counter. Then cleaning up all the old caulking and prepare the space for a new head. I'm thinking to epoxy a 1/2" plywood board to the hole the holding tank was in. The plywood would also be fully epoxied too to protect it from moisture. I was thinking of a light sheet of fiberglass but don't think it would really be necessary. Epoxy coating, I think, would (or should) be enough to protect it. 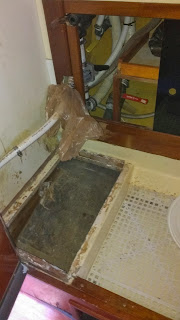 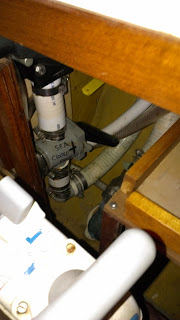 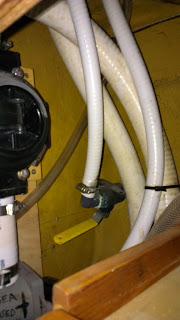