The two set screws on the sides of the shaft coupling were removed but the shaft would still not move. I decided to remove the bolts holding it to the transmission. Once I did that, the key was tapped out lightly and it all came apart easily. I used a bucket to keep the tiller to one side so the shaft wouldn't hit, then pulled it out. There were some smooth marks on the shaft from the stuffing box and the cutlass bearing. The area inside the stuffing hose had what looked like a build up of calcium deposits that I had to knock off with a rock as I was scrubbing it clean. The stuffing hose wasn't easy to get off. No idea how long that was there. Found out the old hose was wire-wound. I had to get it off, piece by piece. From what I've seen online, there is a right hose and wrong hose. I think this would qualify as the wrong hose to use. According to the information on this page from Compass Marine, this hose is too thin and it's not supposed to be wire-wound. I measured, with calipers, the stuffing box fittings at around 1 3/4" and the part attached to the boat was closer to 2". As of right now, I'm looking at getting a Buck Algonquin stuffing hose as replacement. A 1 3/4" hose is just under $20. The old hose was 7" long while it looks like a replacement would be 4 1/2". Since the stuffing box packing nuts are pretty green, I'm going to soak them in some vinegar to get the corrosion off and clean up with a wire brush. I didn't get a closer look at the cutlass bearing but I can do that the next visit. What I saw before, it looked to be in need of replacement too. 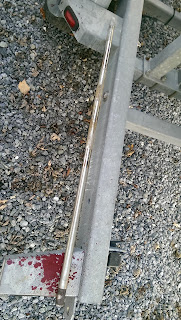 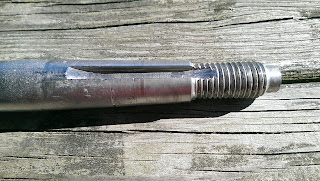 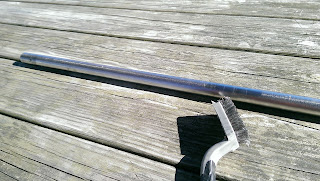 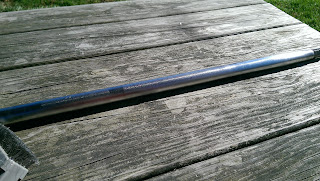 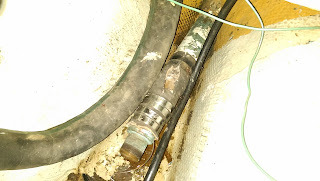 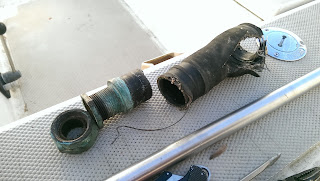 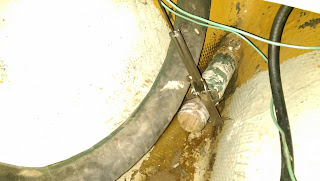