State of the Engine

As I'm looking over the engine, I took pictures to show how much work will need to be done. The main areas of visible damage seem to come from a few sources but that has cascaded into more work elsewhere. As they say, everything rolls down hill. For example, it looks like the gasket for the exhaust mixer failed so that caused rust going down to the zinc below it, likely to the fuel pump below that, and made its way toward the dipstick. I at least haven't seen any water when doing the last oil change, but that was a few years ago by now. That side zinc won't budge right now so some extra work will be needed there.

Another area at the back at the aft zinc (there's only 2 on this engine), there's some oil there. I believe this is from the failed valve cover gasket that I had fixed before. That zinc cap won't budge either. I have PB Blaster I can use to see if that will help.

Water had previously leaked from the engine panel down to the top/front of the engine. That shouldn't be too bad, but will still need some cleaning up. The thermostat cover seems to have had a leak before too, and I'm looking to replace that and the mounting bolts/gaskets and maybe the thermostat itself. Another Nor'sea owner suggested I remove the injectors just so that I can. Otherwise, doing it later can be a pain. But, if I'm not able to, it may have to be removed at a shop anyway. Other hoses, pipes, gaskets, and bolts will be replaced as well. I have a parts catalog and shop manual on hand on the computer and will be going over them to get a list together.

Just the engine itself is plenty of work. But the main reason I pulled it out in the first place, was to replace the fuel tank, which has just begun. 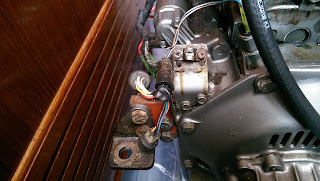 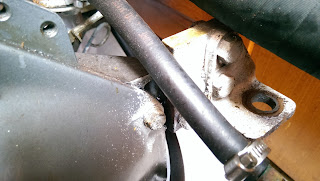 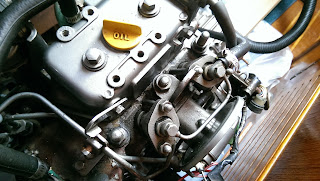 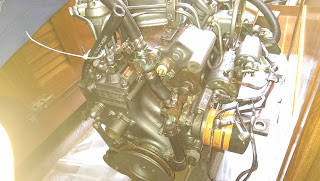 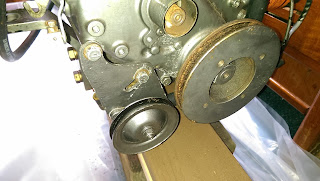 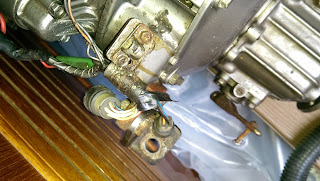 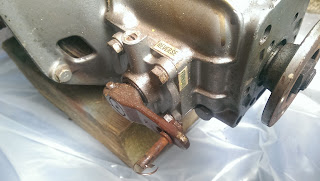 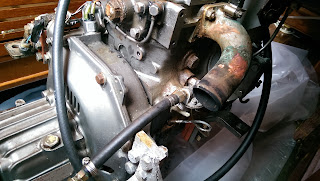 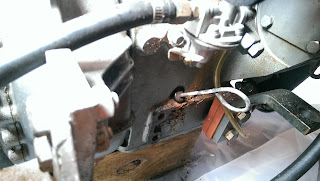 Not much, but it's a start to removing the fuel tank. Doesn't look to me like fiberglass was used, just resin holding the tank. Some parts was maybe 1/8" thick and the aft area was closer to 1/4" or slightly more. Using an oscillating cutting tool, a screw driver, and a 3lb sledge hammer, it's coming out well enough. Then, the foam underneath will be torn out as well. 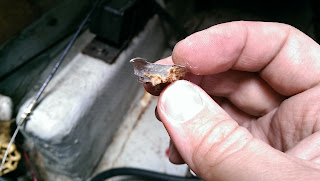 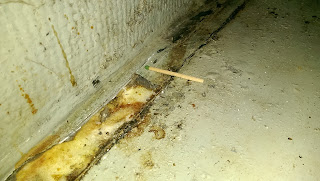 Just a quick post showing I got the engine out today so I can get to work on replacing the fuel tank under it. 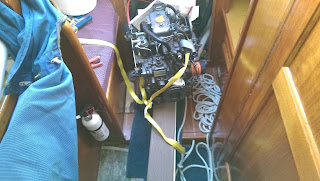