Sails And Engine Are Ready

At least I hope all is ready. Everything seems to be working so far.

This weekend was busy. I replaced the valve cover gasket on the engine and rigged up the sails.

The area at the base of the valve cover showed some oil that had leaked. At first, I thought the oil came from a failed head gasket but after a closer look, I saw it was actually the valve cover gasket. 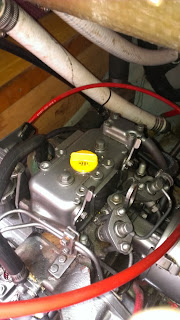 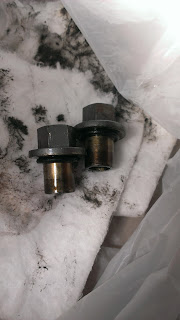 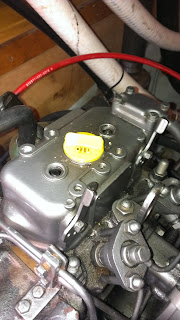 Here is my first look after removal of the valve cover. I saw there was some buildup of dirt, possibly of where the oil had leaked. 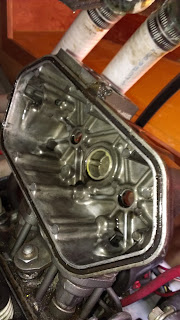 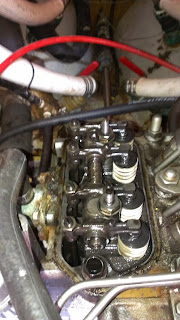 I removed the old gasket and had to clean up the groove on the cover. This shows some of the residue left in the grove. I had to use a screwdriver and a metal pick to clean it out. 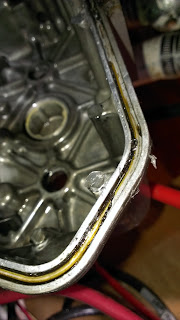 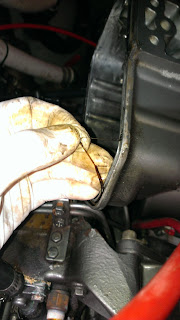 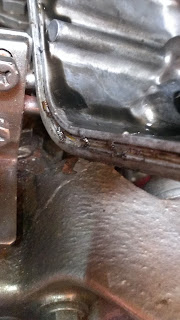 It looks much better now. I also cleaned up the top of the cylinder head where the gasket sits. Compare this picture of the valves with the one above and you can see that it cleaned up pretty nicely. 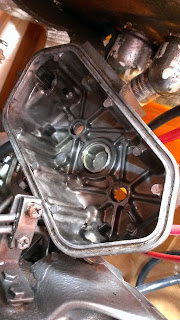 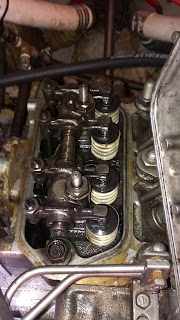 The next step, I was trying to put the new gasket into the grove. It didn't want to stay in place. I tried using some of the oil pooled in the corners of the cover to coat on the gasket but it wasn't enough. I also tried setting the gasket on the cylinder head but it kept wanting to curl up. I walked over to the boat shop on the other side of the marina to see if they had any type of sealant that could help keep the gasket in place. Thankfully, they did have this stuff that had an applicator brush on the lid. I brushed the liquid on the groove and waited for a minute or so. It dried with a stickiness that helped keep the gasket in place, which is exactly what I was hoping for. 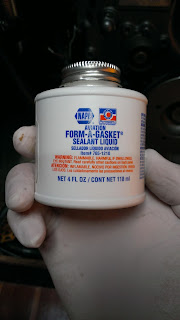 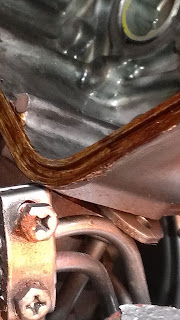 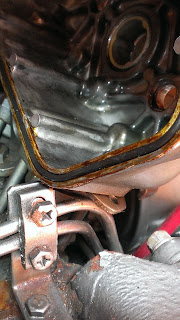 I attached the valve cover back on the engine. I tightened the bolts and looks like it got a good seal. I started up the engine and looked it over for several minutes and everything looked to be working nicely. No sign of additional oil leaking. The water pump I cleaned up during the last visit turned out to be functioning well too. No water leaked from the pump during the engine testing so I'm happy with that too. 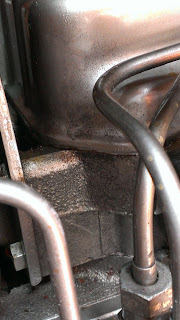 I also setup the jib and main sails up on the boat. I then tied things down and put the cover on the main sail. Everything seems to be ready to go out sailing. If any other setup is needed, it might be to setup the reefing lines. The next time I'm at the boat, I may just let loose the dock lines and head out onto the lake. 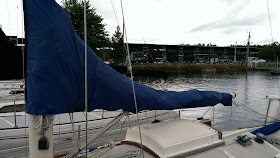 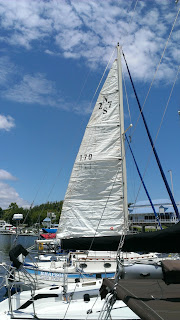 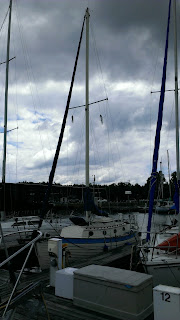